PARIS (Reuters) - French President Emmanuel Macron said on Thursday French people had got into the habit of criticising anyone who takes the initiative and tries to move the country forward. 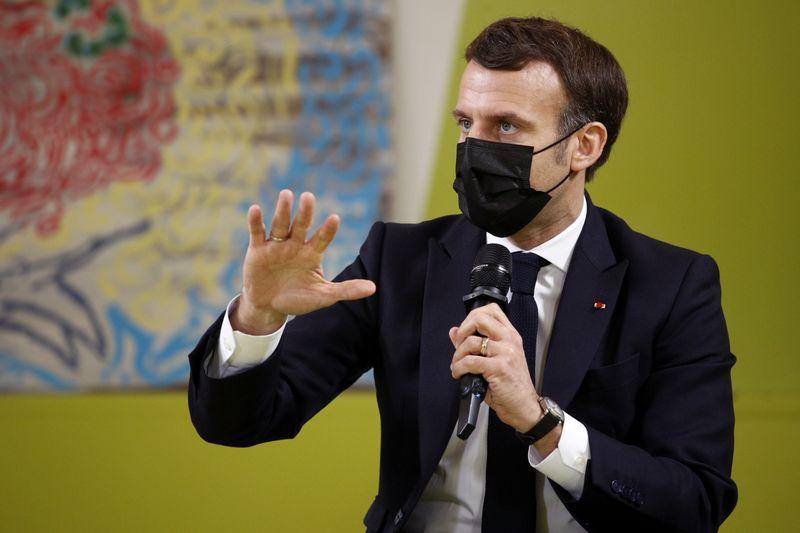 PARIS (Reuters) - French President Emmanuel Macron said on Thursday French people had got into the habit of criticising anyone who takes the initiative and tries to move the country forward.

Macron did not say if he was talking about himself, but one of his political opponents said the comments showed the French leader had been stung by criticism of his four years in power.

Addressing a group of students and academics at a Paris university, Macron said in France there was "an incessant hunt for mistakes. We have become a nation of 66 million prosecutors".

"That’s not how you face up to crises or move forward. Everyone makes mistakes every day."

Macron, a 43-year-old former investment banker, came to the presidency in 2017 promising a new way of doing politics. But much of his reform agenda has been bogged down in fights with unions, and dissent has broken out among his own allies.

His handling of the COVID-19 epidemic has divided opinion, with some people saying he has done better than other European leaders, while others in France accuse his administration of incompetence.

According to surveys by pollster Ifop, Macron's approval rating is now at 45%, down from 66% when he took office in May 2017. He faces re-election next year, when his main appointment is likely to be far-right politician Marine le Pen.

Gilbert Collard, a member of Le Pen's party who sits in the European parliament, said Macron had to accept that criticism of the head of state was part of living in a democracy.

"He's been stung," by the criticism directed at him, Collard told broadcaster BFMTV. "I'm worried for the president."