PARIS (Reuters) - French President Emmanuel Macron said Lebanon's Hezbollah needed to clarify over the next few weeks whether it is a serious political force to help implement a roadmap for the country or a militia at the behest of Iran. 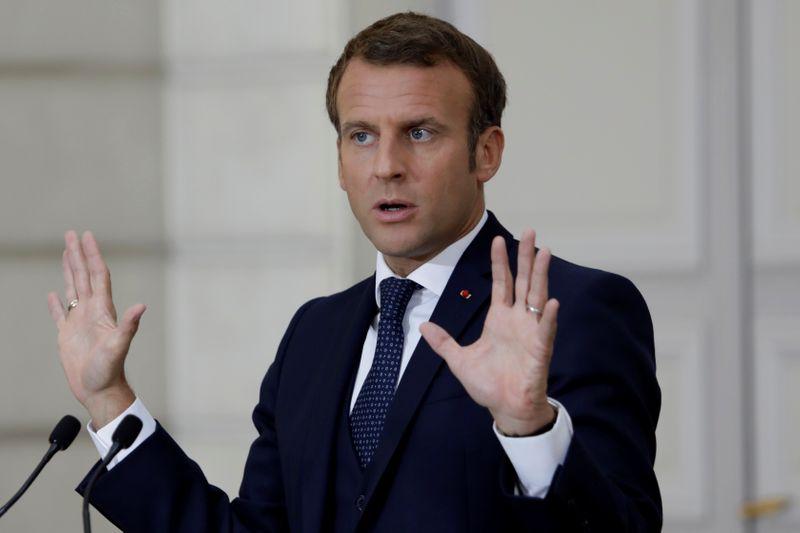 PARIS (Reuters) - French President Emmanuel Macron said Lebanon's Hezbollah needed to clarify over the next few weeks whether it is a serious political force to help implement a roadmap for the country or a militia at the behest of Iran.

"There's a question that needs to be asked to Hezbollah and ourselves. Is it really a political party or does it proceed just in a logic dictated by Iran, and its terrorist forces?" Macron told a news conference.

"I want us to see if in the next few weeks something is possible. I'm not naive, but we need to go to the end of this first road."