NEW YORK (Reuters) - Robert Morgenthau, 99, who became the scourge of white-collar criminals over three decades as the Manhattan district attorney, died on Sunday, his family told the New York Times. He passed at a hospital in Manhattan, after a short illness, his wife Lucinda Franks told the Times 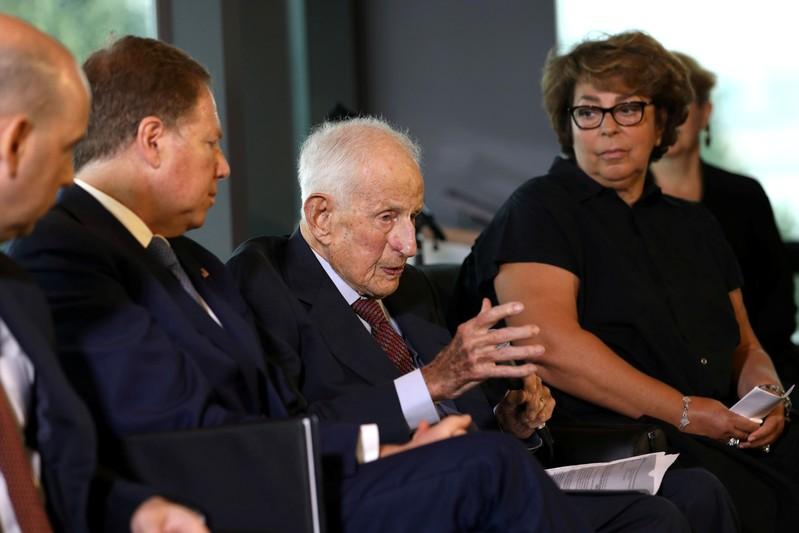 NEW YORK (Reuters) - Robert Morgenthau, 99, who became the scourge of white-collar criminals over three decades as the Manhattan district attorney, died on Sunday, his family told the New York Times.

He passed at a hospital in Manhattan, after a short illness, his wife Lucinda Franks told the Times. He would have turned 100 on July 31.

His family was not immediately available for comment early Monday.

Morgenthau became Manhattan's chief prosecutor in 1975 and finally chose not to run for re-election in 2009 at age 90, ending a 35-year run during which he told the New York Times he oversaw 3.5 million cases.

Morgenthau oversaw a staff of some 500 assistant district attorneys and held the position longer than anyone else in history. His approach to the job was summed up as pursuing crime in the suites, as well as the streets.

In the early 1990s, Morgenthau took a broad approach to his jurisdiction and went after the Bank of Credit and Commerce International (BCCI) in a scandal with global implications.

He indicted the bank and two foreign business figures on a variety of charges the he said constituted "the largest bank fraud in world financial history." The Middle East-backed bank was eventually shut down around the world as some $20 billion disappeared from its books.

His father was Henry Morgenthau Jr., who was Treasury secretary during the Franklin Roosevelt administration, and his grandfather Henry Morgenthau Sr. was U.S. ambassador to the Ottoman Empire during World War One.

Morgenthau enlisted in the U.S. Navy in 1941 and served in World War Two, reaching the rank of lieutenant commander and winning a Bronze Star.

After graduating from the Yale law school, he practiced corporate law in New York until Kennedy made him a U.S. attorney. Morgenthau stepped aside from that job in 1962 to run for governor and, after losing the election, returned to it until Nixon fired him.