Long Live the King: How different will Charles be from his mother Queen Elizabeth II?

After Queen Elizabeth II's demise, Charles has ascended to the British throne. Will he give up his eco-activism, dubbed as many to be interfering, to fit with the crown?

Charles has some big shoes to fill. Royal watchers note that Charles won't be like his mother, Queen Elizabeth -- he won't be a silent, nodding monarch. AFP

The seismic, history-making moment is finally here. After waiting for more than 70 years, Charles Philip Arthur George Windsor is now King Charles III of the United Kingdom of Great Britain and Northern Ireland.

The 73-year-old ascended to the British throne immediately after his mother, Queen Elizabeth II ‘passed away peacefully’ at her Balmoral home in Scotland at the age of 96.

Charles will be crowned probably within the year; the ancient ritual of the coronation requires advance planning, although a lot of that has already been done. But there hasn’t been a coronation since June 1953, when Elizabeth II was crowned.

While most people have never lived through such a momentous event and will be puzzled about it, there will be almost no confusion in the mind of Charles of exactly what king of monarch will he be.

As his American biographer Sally Bedell Smith has told USAToday, “He won’t really be king (in his mind) until he’s consecrated with the holy oil, makes the sacred oath and has the crown on his head. That moment when he is a ‘transcendent being’ in a way, is really, really crucial.”

Royal observers have already noted that Charles will be a different monarch than his mother. He has his own views on how he will be able to use his soft power and influence to wield change. In fact, his record as Prince of Wales, a title that will now pass down to his son, William, as per the order of succession provides us with hints of the what to expect.

King Charles has long said that he wants to slim down the monarchy to make it cheaper to run and more focused on the monarch and its direct heirs.

A look at the royal family’s website shows 22 highest-ranking in its line of succession. However, Charles plans to decrease the number of senior members of the royal family to as few as seven people.

The Times had reported a larger monarchy creates a less streamlined press presence, as individual royal houses “are left to operate in their ‘own silos,’ regardless of the impact on the institution.”

By making the monarchy smaller, the institution would have greater control over the messaging that goes out to the public on behalf of the royal family.

Royal commentator Kinsey Schofield was quoted as telling Insider that the slimmed-down monarchy will likely include the King; Camilla, who will become Queen Consort; the Duke and Duchess of Cornwall and Cambridge; Prince Edward and Sophie, Countess of Wessex; and Anne, Princess Royal.

Through the years of being king-in-waiting, Charles’ environmentalism has stood out. He has broken tradition and come out openly and championed environmental causes such as organic farming, making fishing of the Patagonian toothfish illegal as well pushing for alternative medicines in the UK.

In fact, he has been criticised in the past for sending memos to government ministers, lobbying for these causes — in what was later dubbed as ‘Spider Memo’ controversy.

Besides this, it has been reported that Charles plans to reduce Buckingham Palace royal residence from 52 rooms to a single apartment once he ascends the throne.

A source was quoted as telling Mail Today that the residence “will be a much more modest flat-above-the-shop situation akin to that of the prime minister at Downing Street.”

They added that the new king wants to change the function of all of the royal residences to ensure they “deliver something for the public beyond just being somewhere for members of the royal family to live.”

How far he takes his eco-activism while he sits on the throne is unknown, but that he will be conscious of his choices and will push for environmental sustainability.

According to Vox, the former Prince of Wales will use the monarchy’s “soft power” and global connections to advocate for sustainability. As explained by historian Ed Owens, “He’s very much trying to create a new global platform for the British monarchy.” 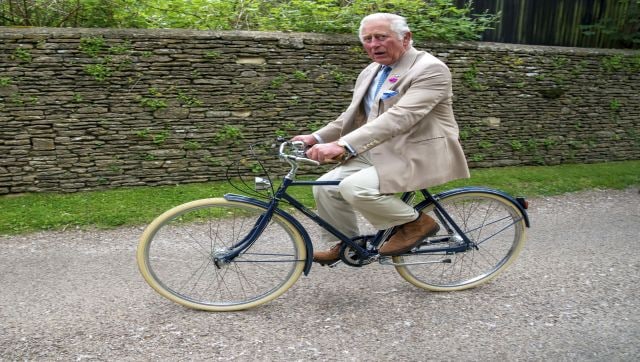 Through the years of being king-in-waiting, Charles’ environmentalism has stood out. He has broken tradition and come out openly and championed environmental causes. AP

While many have slammed Charles for being self-centred and living a very privileged life, Charles has gone out of his way to demonstrate he cares about the less fortunate, especially through his charities, such as the Prince’s Trust, which he founded in 1976 to help disadvantaged youths. The trust claims to have provided support to more than one million youths over the years.

It can be assumed that as King he will continue his charitable endeavours and use his position to raise more funds for the underprivileged.

There are concerns that Charles as king would be meddling and try to use his position to push for legislation in his favour.

However, if he is to be believed that won’t be the case. In 2018, while speaking to the BBC, Charles made it clear he knows the rules and will follow them as king.

“I’m not that stupid,” he snapped in the interview. “I do realise that it is a separate exercise being sovereign, so of course I understand entirely how that should operate.”

He had said then: “You can’t be the same as the sovereign if you’re the Prince of Wales or the heir. But the idea somehow that I’m going to go on in exactly the same way if I have to succeed, is complete nonsense because the two situations are completely different.”

However, one can’t expect that Charles will be the silent nodding monarch like his mother was with her adherence to traditions. The new King, Charles III wants to slim down the monarchy to make it cheaper to run. AP

Defender of all faiths

Charles has vowed to retain the monarch’s traditional title as “Defender of the Faith” as king, but has said that he will ensure other people’s faiths can also be practised.

Charles has been quoted as saying that although he would “rather be seen as ‘Defender of Faith’” because he was concerned “about the inclusion of other people’s faiths and their freedom to worship in this country”, this was compatible with the original, traditional wording.

Christopher Andersen, author of multiple royal biographies, told USAToday, “Given his mother’s immense popularity and his lacklustre standing in the polls, Charles would be wise to go slow, but he won’t.

“Charles is not by nature a patient man; he is used to getting his way,” Andersen said. “Now that he no longer has Mama to answer to, that’s not likely to change.”

Japan, Britain and Italy to announce joint fighter project as early as next week

Talks between Japan, Britain and Italy on the new jet fighter will be led by BAE Systems Plc and Mitsubishi Heavy Industries