London: Six people were injured in a suspected acid attack in London, according to the metropolitan police.

The police were called to Stratford Centre at 8 pm on Saturday following an "altercation" between two groups of males where a noxious substance was thrown, reports the BBC. 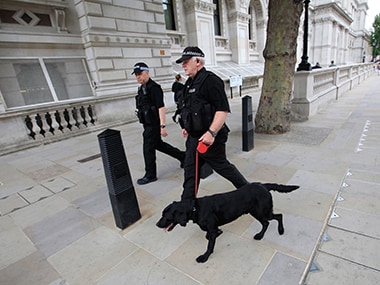 The injuries were "not life threatening or life changing", the London Ambulance Service said.

Out of the six injured, three were taken to a hospital.

A 15-year-old boy has been arrested on suspicion of grievous bodily harm.

Those reported injured were believed to be in a number of different locations, sparking initial fears that people had been sprayed at random.

A metropolitan police official said: "I would like to be very clear concerning this incident.

"What initially may have been perceived as a number of random attacks has, on closer inspection, been found to be one incident involving two groups of males.

"This incident is not being treated as terror-related."