London: British police have released two men arrested in connection with last Friday's explosion on a rush-hour subway train in London, leaving four suspects in custody over the terror attack.

A 21-year-old man arrested over Parsons Green attack was released with no charge, London police said in a statement on Thursday, Xinhua news agency reported. He was arrested late Saturday in Hounslow following the blast at the Parsons Green subway station in west London. 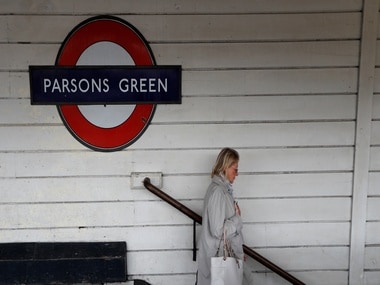 Shortly after the first release, a 48-year-old man arrested in the Welsh city of Newport over the attack was released from custody with no further action, the statement said.

The explosion, which took place on a packed carriage, was caused by a homemade bomb, which partially detonated last Friday on the carriage full of commuters and school children.

Police made the first arrest a day later when they picked up an 18-year-old man at Dover, a port in southeastern Britain, as he was trying to buy a ticket to travel to Europe.

The Islamic State (IS) claimed responsibility for the fifth terrorist attack in the country over the past six months.

Previous attacks in London this year at Westminster Bridge, London Bridge and Finsbury Park as well as a blast at an Ariana Grande concert in Manchester killed dozens of people.