By Michael Nienaber BERLIN (Reuters) - Germany wants Europe and the United States to strengthen transatlantic ties with a trade deal to abolish industrial tariffs, a WTO reform to increase pressure on China and a joint carbon-emission trading system to protect the climate. 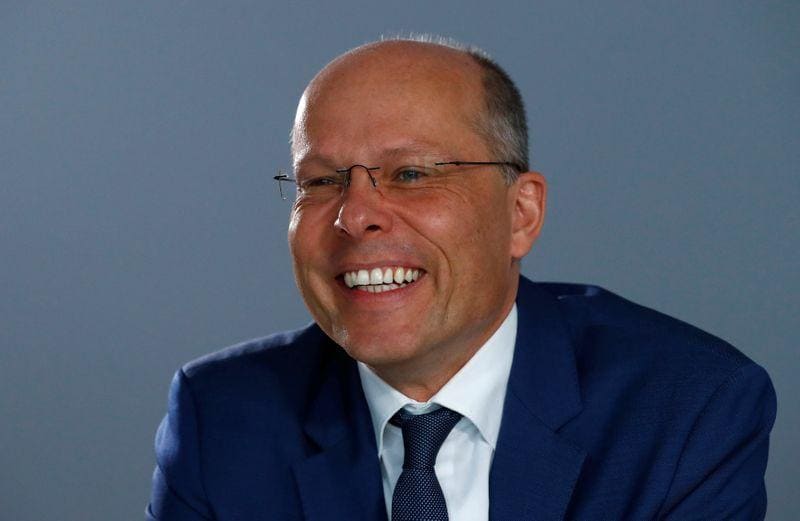 BERLIN (Reuters) - Germany wants Europe and the United States to strengthen transatlantic ties with a trade deal to abolish industrial tariffs, a WTO reform to increase pressure on China and a joint carbon-emission trading system to protect the climate.

Peter Beyer, transatlantic coordinator for Chancellor Angela Merkel's government, told Reuters in an interview published on Monday that Germany and the new U.S. administration under President Joe Biden should "think big" and aim for an ambitious agenda based on shared values and focused on joint interests.

"After the difficult years under Donald Trump, Germany and Europe now have a historic chance to breathe new life into the transatlantic partnership and improve relations with the U.S.," Beyer said.

Biden will hold his first event with other leaders from the Group of Seven nations, including Merkel, in a virtual meeting on Friday to discuss the coronavirus pandemic, the world economy and China relations.

German enthusiasm for a trade deal and stronger transatlantic ties may have to contend with a more cautious approach in France, where President Emmanuel Macron has made a priority of reducing European reliance on rival superpowers.

"We won't wait for the United States to give Europe its sovereignty. It's up to Europe to conquer it," French Finance Minister Bruno Le Maire said when asked about the transatlantic relationship and reviving the idea of a trade deal.

Beyer said while Germany and the United States would continue to have differences on issues like Russian gas imports, this should not stop them from liaising closely on economic, trade, tax and climate policies.

"Now is the right time to put a package of trade and economic policy proposals on the agenda. This must include a comprehensive and ambitious free trade deal," said Beyer, a member of Merkel's conservative party.

"It should include a common roadmap for a WTO (World Trade Organization) reform that, among other things, finally gets China to play by international trade rules - violations of these rules must be sanctioned."

As a first step towards rebuilding trust, Beyer said, the new U.S. administration should withdraw punitive tariffs unilaterally imposed by Trump on European imports of aluminium and steel.

Talks about an EU-U.S. trade deal should start without preconditions from either side.

"And we should also abandon the maxim that there can only be an agreement once we have agreed on all areas. Instead, we should go step by step," Beyer said.

"The first step could be an agreement which would see the EU and U.S. abolish all tariffs on industrial goods. Progress could be made quickly here. Controversial areas such as agriculture must then be discussed in a second step."

Germany views climate protection as another policy area with great potential to work more closely together with the U.S. as both sides were now pulling in the same direction again, he said.

"Biden's decision to reinstate the U.S. to the Paris climate agreement (which Trump abandoned) sends an important signal."

As a medium-term goal, Europe and the United States should strive for a transatlantic emissions trading system, which could be joined by other large industrialised countries.

"That may sound utopian from today's perspective, but if we don't think big, we won't get far," Beyer said.

"We have to install a common system in which it pays off to work for climate protection and invest in green technology, both on government and business level. A transatlantic emissions trading system can be an important building bloc for this."

The idea chimes with a proposal from Germany's powerful BDI industry association which called on the EU and U.S. to develop a roadmap for global pricing of greenhouse gases and agree on a minimum carbon tax until 2030, together with other key players.

Turning to digital taxation, Beyer pointed to encouraging signs from the Biden administration that Washington could re-engage in talks on reforming global tax rules for digital companies after discussions stalled under Trump.

"The goal is for all sides to refrain from unilateral steps until mid-2021 and to strive for an agreement on both pillars within the OECD process," Beyer said.

"Of course, this requires a willingness to compromise from all sides," he said, adding that working groups would try to hammer out details of a compromise deal over the coming weeks.