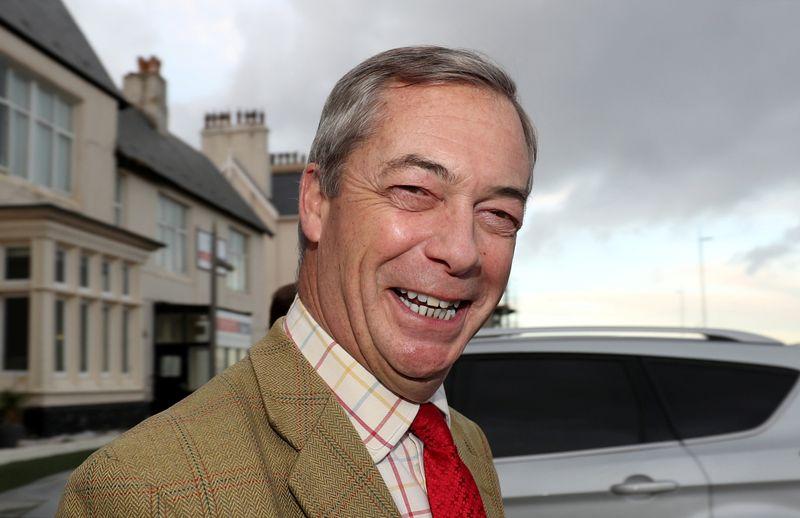 LONDON (Reuters) - Labour Leader Jeremy Corbyn faced his first calls to quit on Friday, with his party facing its worst election defeat 84 years as a combination of his equivocation over Brexit and limited personal appeal triggered a collapse in traditional strongholds.

Prime Minister Boris Johnson's Conservative Party looks set for a resounding victory in Britain's election, allowing him to deliver Brexit on Jan. 31 with Labour facing its worst election result since 1935.

Exit polls showed voters had made a choice to go with Johnson's "Get Brexit Done" promise and pro-market philosophy and reject left-wing veteran Jeremy Corbyn, who had promised a second Brexit referendum and a radical expansion of the state.

Labour candidate Gareth Snell said he expected to lose his parliamentary seat in Stoke-on-Trent - a city once regarded as a Labour stronghold, and made clear that he wanted Corbyn to take responsibility for the party's poor performance.

Asked if it was time for Corbyn and his finance chief John McDonnell to go, Snell replied: "Yes".

Stoke was hard hit by 1980s closures of heavy industry and coal mines but remains renowned for its porcelains, bone china and ceramics and Labour has represented Snell's Stoke-on-Trent Central seat since the constituency was created in 1950.

Projections show that Labour's heartlands in the former industrial areas in central and northern of England - areas that typically voted for Brexit - had swung towards Johnson's Conservatives.

Snell said a combination of the perception that Labour was blocking Britain's exit from the European Union, and some voters dislike of Corbyn meant he expected to lose the Stoke-on-Trent Central seat.

"It's a lovely and toxic combination of the fact that the message in Stoke-on-Trent that's been heard by the voters is that Labour Party tried to stop Brexit," Snell told the BBC.