Kremlin frets at COVID surge but calls it 'under control'

MOSCOW (Reuters) - The Kremlin said on Friday it was worried by a record surge in COVID-19 cases but that the situation was still under control in Russia which has the world's fourth highest infection tally. 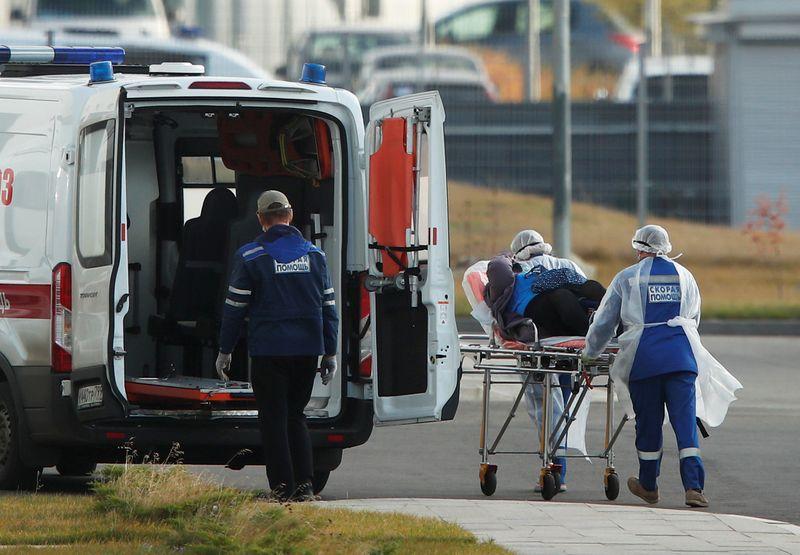 cases but that the situation was still under control in Russia which has the world's fourth highest infection tally.

Russia reported a record high of 15,150 new cases in the previous 24 hours, including 5,049 in the capital Moscow.

Nearly all of Moscow's pre-trial detention facilities have stopped taking in new suspects as a precaution, the TASS news agency cited a prison monitor group as saying.

"The Kremlin is indeed worried by these statistics. We see the epidemic is spreading substantially," Kremlin spokesman Dmitry Peskov told reporters. "The situation is currently under control despite this sad trend."

Sergei Sobyanin, the mayor of Moscow, the worst-affected area, has said this week could prove decisive in trying to curb the spread of the virus.

On Friday, he said about 1,200 people were being admitted to hospital each day in the capital and that he hoped authorities would prevent that number surpassing 1,500.

"After 1,500 the situation will be harder. We will also manage with that. But it will be a different order of magnitude," he was quoted by TASS as saying.

On Friday, officials at the Moscow metro were stopping passengers without masks or gloves from entering the sprawling underground system, video published by RIA news agency showed.

Some officials have attributed the rise in cases to people's disregard for precautions.

The city of nearly 13 million people said on Thursday it would introduce a QR code system for staff and customers at nightclubs and bars open between midnight and 6 a.m.

Moscow has ordered businesses to have at least 30% of staff working remotely and introduced online learning for secondary school students.

Russia, which has a population of around 145 million, has reported 1,369,313 cases since the pandemic began.

Russia reported 232 COVID-related deaths in the last 24 hours, bringing the official toll to 23,723.