By Gilbert Reilhac and Andrew Osborn STRASBOURG/MOSCOW (Reuters) - The European Court of Human Rights ruled on Thursday that Russia's repeated arrests and detention of opposition leader Alexei Navalny were politically-motivated and breached his human rights, a decision Moscow called questionable. 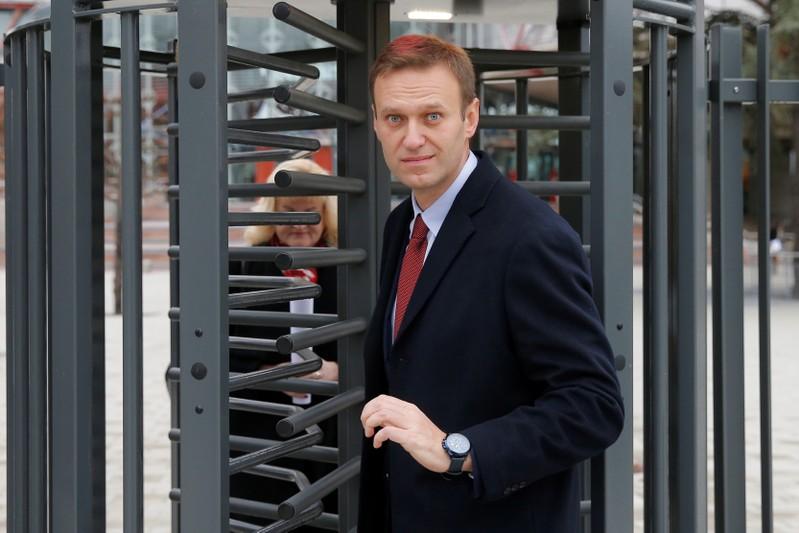 By Gilbert Reilhac and Andrew Osborn

The court, based in Strasbourg, said Navalny had been subject to seven such arrests in 2012 and in 2014 and that at least two of those arrests had been designed to suppress political pluralism.

"The Court found that there was 'converging contextual evidence' that the authorities were becoming increasingly severe towards Mr Navalny and that his allegation of being a particular target appeared coherent in the context of a general move to bring the opposition under control," it said in a statement.

It ordered Russia to pay around 64,000 euros ($72,000) in damages and costs to Navalny, saying his right to liberty, a fair trial and freedom of assembly had been violated.

In a rebuke that Russia is likely to regard as interference in its internal affairs, the court also recommended that Moscow act to ensure the right to peaceful assembly is upheld.

Navalny, Russia's most prominent opposition leader, was barred from running against Vladimir Putin in a presidential election earlier this year and has been repeatedly jailed for organising what the authorities say are illegal protests.

Putin, who makes a point of never pronouncing Navalny's name in public, has suggested that he is backed by the United States, something the 42-year old lawyer and blogger denies.

Navalny has tried to mobilise supporters with a series of investigations exposing official corruption which have been watched online by millions of Russians.

Navalny, who was in Strasbourg for the ruling, welcomed the court's decision. He said he was delighted it had ruled his treatment had been politically-motivated, something it has not done in a case concerning Russia for many years.

"Despite pressure from Russia, it has become clear ... that European justice does not intend to ignore obvious facts," he told reporters.

Russia's justice ministry questioned what it portrayed as the flawed and inconsistent logic of the ruling, but said it would pay the court-ordered damages and costs, the Interfax news agency reported.

Navalny had difficulties getting to Strasbourg for the ruling when he was initially prevented from flying out of Moscow on Tuesday over an unpaid court fine. He said the fine been suddenly and illegally enforced as a pretext to stop him travelling abroad.

He flew out of Moscow on Wednesday after the Federal Bailiffs service rescinded the travel ban, saying Navalny had paid the fine.

Navalny's legal team said Moscow could not appeal what is a final and binding ruling which is likely to strain already poor relations between Russia and the Strasbourg-based court.

"The ECHR is increasingly becoming a tool to pressure our country," Slutsky wrote on social media.