By Polina Nikolskaya and Andrew Osborn MOSCOW (Reuters) - Kremlin critic Alexei Navalny lost his appeal on Saturday against what he said was a politically motivated decision to jail him for nearly three years, and was found guilty of slander and fined in a separate case. The double legal defeat had been anticipated by his supporters, who believe the Kremlin sees the 44-year-old opposition politician as a threat, a notion the Kremlin laughs off. It paves the way for Navalny to be moved from a Moscow jail to a prison camp outside the capital 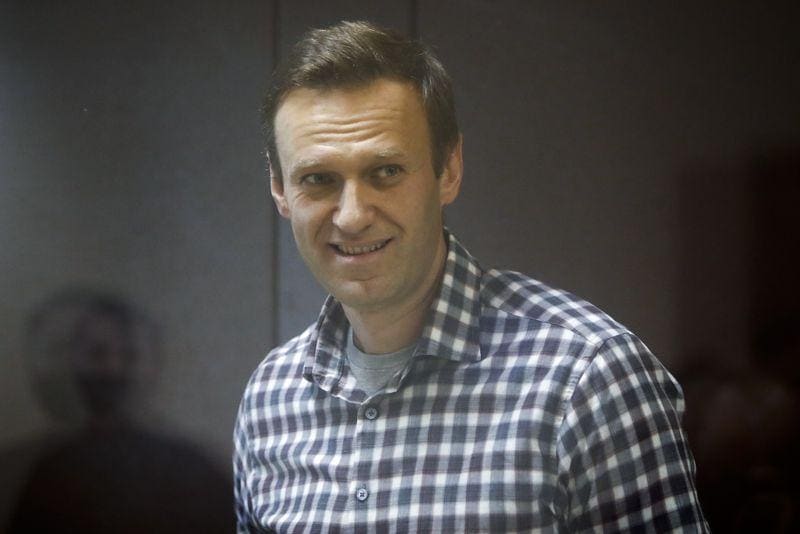 By Polina Nikolskaya and Andrew Osborn

MOSCOW (Reuters) - Kremlin critic Alexei Navalny lost his appeal on Saturday against what he said was a politically motivated decision to jail him for nearly three years, and was found guilty of slander and fined in a separate case.

The double legal defeat had been anticipated by his supporters, who believe the Kremlin sees the 44-year-old opposition politician as a threat, a notion the Kremlin laughs off. It paves the way for Navalny to be moved from a Moscow jail to a prison camp outside the capital.

Navalny, in a speech to the court that referenced the Bible and the Harry Potter saga, said his faith in God and belief in the rightness of his cause was sustaining him.

"Our country is built on injustice. But tens of millions of people want the truth. And sooner or later they'll get it," he said, saying he had no regrets about returning to Russia and that "strength was in truth".

Navalny, President Vladimir Putin's most prominent critic, returned to Russia last month from Germany, where he had been recovering from a near-fatal poisoning in Siberia in August with what many Western nations said was a nerve agent.

He was jailed earlier this month for parole violations he said were trumped up. Western countries have condemned the case and are discussing possible sanctions on Russia.

A Moscow court swiftly rejected Navalny's appeal on Saturday, while shortening his original jail term by six weeks. The original term was 3-1/2 years.

But with the amount of time he had already spent under house arrest taken into account, it amounted to around two years and eight months. His lawyer said he would now spend a little over 2-1/2 years behind bars.

Navalny responded sarcastically to the ruling. "They've reduced the sentence by 1-1/2 months. Great!" he said from a courtroom glass cage.

"The court decision to keep Alexei in jail says only one thing. There is no law in Russia right now," staff at Navalny's Anti-Corruption Foundation, who investigate alleged official corruption, wrote on Twitter.

Navalny had earlier told the judge he was not guilty of parole violations as a previous court had found.

He said he had been unable to report to the Moscow prison service last year because he had been convalescing in Germany at the time.

"I don't want to show off a lot, but the whole world knew where I was," Navalny told the judge.

Latvian Foreign Minister Edgars Rinkevics said on Twitter the court's ruling was at odds with a call by the European Court of Human Rights this week to free Navalny, and could lead to more sanctions against Moscow.

Asked to comment on Navalny's political future after the court decision, Kremlin spokesman Dmitry Peskov told reporters, "It is absolutely none of our business".

Navalny appeared in court again later on Saturday for the culmination of a separate trial on a charge of slander. The court found him guilty and fined him 850,000 roubles ($11,500).

He stood accused of defaming a World War Two veteran who took part in a promotional video backing constitutional reforms last year that let Putin run for two more terms in the Kremlin after 2024 if he wants.

Navalny described the people in the video as traitors and corrupt lackeys. But he said his comments were not specifically directed against the veteran, and that the authorities were using the charge to smear his reputation.

Navalny had earlier told the court the case was an attempt to distract people from tricky questions he had asked about the wealth of Putin and his allies.

"You'll burn in Hell for all of this," he said.

Navalny's arrest and jailing sparked nationwide street protests in Russia, but his allies - most of whom are either under house arrest or abroad - have now declared a moratorium on major demonstrations until the spring.

Alexei Venediktov, one of Russia's most prominent journalists, noted what he called a defeatist atmosphere within the opposition in the absence of immediate plans for street protests.

"We have seen the rejection of a mass (street protest) movement and a transition to candle-lit gatherings, and now absolutely nothing," he said on Ekho Moskvy radio station.

Navalny accuses Putin of ordering his attempted murder. Putin has dismissed that, alleging Navalny is part of a U.S.-backed dirty tricks campaign to discredit him.