Khashoggi fiancee: Riyadh responsible for his murder, must explain

By Guy Faulconbridge LONDON (Reuters) - The fiancée of Saudi journalist Jamal Khashoggi has said Saudi authorities are responsible for his murder, and the kingdom should give more details so that those responsible can be brought to justice. The death of Khashoggi - a Washington Post columnist and a critic of Saudi Arabia's de facto ruler, Crown Prince Mohammed bin Salman - sparked global outrage and pitched the world's top oil exporter into crisis. When asked who was ultimately responsible for the killing, his fiancée, Hatice Cengiz, told Reuters in Turkish: 'This took place inside a Saudi diplomatic mission .. 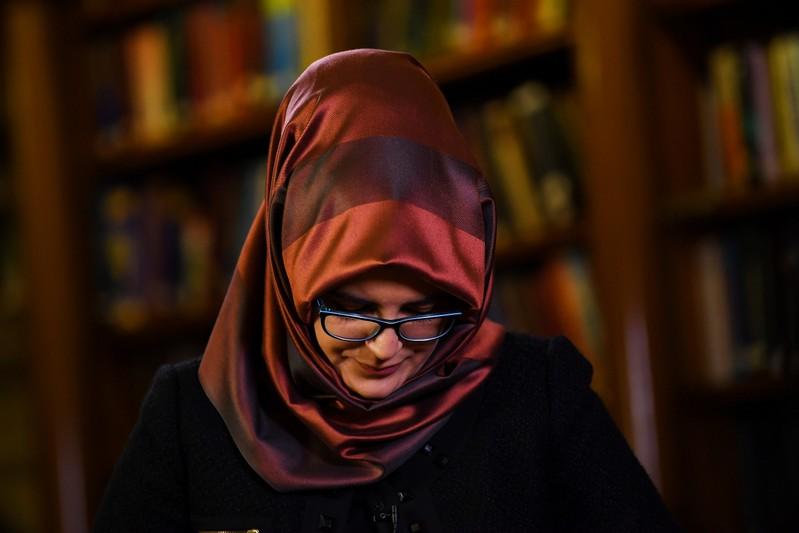 LONDON (Reuters) - The fiancée of Saudi journalist Jamal Khashoggi has said Saudi authorities are responsible for his murder, and the kingdom should give more details so that those responsible can be brought to justice.

When asked who was ultimately responsible for the killing, his fiancée, Hatice Cengiz, told Reuters in Turkish: "This took place inside a Saudi diplomatic mission ... In such circumstances, the Saudi Arabian authorities are responsible for this."

"This incident, this assassination, took place in the Saudi consulate," she said, speaking through a translator. "So the Saudi authorities probably know how such a murder took place."

"They need to explain what happened."

Khashoggi, 59, entered the Saudi consulate in Istanbul on Oct. 2 to obtain paperwork necessary for his upcoming marriage to Cengiz, a Turkish national. He did not walk out of the consulate. Cengiz first raised the alarm.

Asked if she held Crown Prince Mohammed or the Saudi royal family responsible, she said:

"I and my government would like all those responsible, from the person who gave this order to those who carried it out, to be brought to justice and punished under international law," she said.

Cengiz said she had not been contacted by Prince Mohammed or the Saudi royal family, nor offered any condolences by them.

Saudi Arabia initially denied any involvement in Khashoggi's disappearance but a Saudi official eventually attributed his death to a botched attempt to return him to the kingdom.

Later, Riyadh said the killing was premeditated and Prince Mohammed has vowed that the killers would be brought to justice.

Saudi Arabia has detained 18 people and dismissed five senior government officials as part of the investigation into Khashoggi's murder. Some were members of a 15-man hit team, many of them Saudi intelligence operatives, who flew into Istanbul hours before Khashoggi's death, Turkish security sources say.

Turkish President Tayyip Erdogan has urged Riyadh to disclose who ordered the murder and prosecutors have prepared an extradition request for 18 suspects from Saudi Arabia.

"The explanations given so far by Saudi Arabia are not sufficient," Cengiz said. "I want to know the details of who is responsible."