By Njeri Mwangi NAIROBI (Reuters) - Purity Amleset Lakara has spent the year capturing armed poachers, running from an aggressive buffalo, and relaxing around a campfire reading 'A Day Before my Wedding' as she prepares for her own marriage this month. The 24-year-old works as part of an elite all-female ranger unit named 'The Lionesses,' who patrol a conservation area near Kenya's Amboseli National Park. The recruits are drawn from the Maasai community who live around the park. 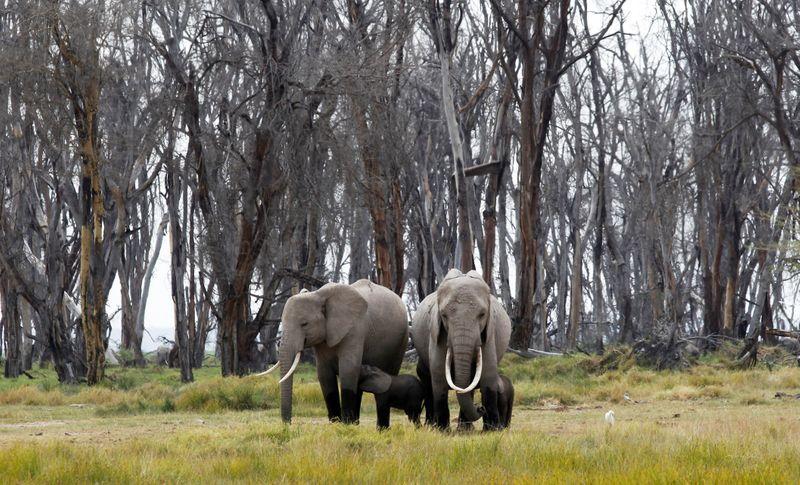 NAIROBI (Reuters) - Purity Amleset Lakara has spent the year capturing armed poachers, running from an aggressive buffalo, and relaxing around a campfire reading "A Day Before my Wedding" as she prepares for her own marriage this month.

The 24-year-old works as part of an elite all-female ranger unit named "The Lionesses," who patrol a conservation area near Kenya's Amboseli National Park. The recruits are drawn from the Maasai community who live around the park.

Sharon Nankinyi, another ranger, said the day she was chosen to enter the team was the best day of her life.

"It's rare for a woman in our community to be a ranger. With us being the first women rangers we are changing the taboo and men and our dads respect us. We have fought for the rights of girls in our community," the 20-year-old said.

When Kenya confirmed its first case of the new coronavirus in March, the unit was already out on patrol in the bush, and chose to stay away from their families in the bush for four months rather than risk coming in and getting infected and leaving the animals vulnerable to poaching.

"A few weeks ago during our patrol we came across people slaughtering a giraffe," Lakara said as she brushed down her boots in the dying rays of the sun.

The women, who patrol unarmed, captured the two men armed with bows and arrows and handed them over to rangers from the government-run Kenya Wildlife Service.

On another occasion, the patrol was ambushed by a buffalo - whose sharp horns can cause deadly injuries - and scattered, with one Lioness forced to scramble up a tree.

The unit of eight women - one from each of the local clans - patrols the Olgulului community conservancy conservation area, 150,000 acres of land shared by wildlife and human beings.

It is funded by the International Fund for Animal Welfare, which helped form the unit in 2017 to encourage more women to take part in conservation.

The fund says they managed to stop almost all poaching in the area last year. Sometimes the women are accompanied by male rangers, and sometimes they go by themselves.

As the women patrol, their bonds are clear - they chat and joke on the long walks in between visits to residents, who they ask whether predators are bothering cattle or if any strangers are moving through the area.

Cattle - the foundation of Maasai cultural life - and wildlife mingle freely here, with herds grazing not far from where a mother elephant and her baby lovingly intertwine their trunks.