By Bryan Woolston and Jonathan Allen (Reuters) - Kentucky Attorney General Daniel Cameron said he will announce on Wednesday afternoon the results of a grand jury investigation into the deadly March police shooting of Breonna Taylor during a botched raid on her home. 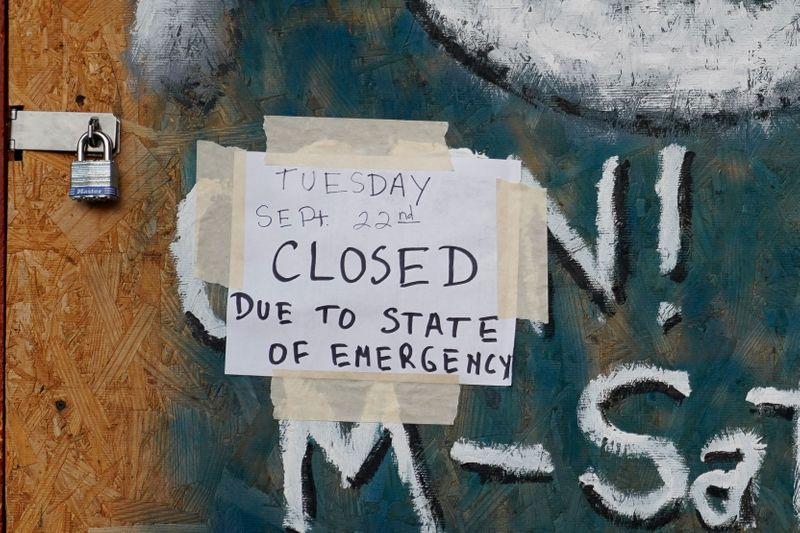 By Bryan Woolston and Jonathan Allen

(Reuters) - Kentucky Attorney General Daniel Cameron said he will announce on Wednesday afternoon the results of a grand jury investigation into the deadly March police shooting of Breonna Taylor during a botched raid on her home.

Cameron will hold a news conference at 1:30 p.m. EDT (1730 GMT) to disclose whether the Louisville police officers involved will face criminal charges, he said in a statement.

Ahead of the announcement, Louisville Mayor Greg Fischer announced a 72-hour curfew for the city beginning at 9 p.m., with exceptions for those going to work or to seek medical treatment.

Taylor's death, alongside that of George Floyd, a Black man who died in May after a white Minneapolis police officer knelt on his neck, helped spark a nationwide wave of protests demanding racial justice and an end to the use of excessive force by law enforcement.

"No matter what Attorney General Cameron announces, I urge everyone to commit, once again, to a peaceful, lawful response," the mayor told reporters. While emphasizing he does not know the grand jury's finding, the mayor has declared a state of emergency in the city, and Louisville Metro Police Department has closed off much of downtown to vehicles.

Police shot Taylor, a 26-year-old Black woman, in front of her boyfriend after they forced their way into her Louisville apartment with a so-called no knock warrant shortly after midnight on March 13.

In June, the Louisville Metro Police Department fired one of the three officers involved in the Taylor case, Detective Brett Hankison, who is white. Interim Police Chief Robert Schroeder, who is retiring on Oct. 1, wrote in the termination notice that Hankison "displayed an extreme indifference to the value of human life" when he "wantonly and blindly fired" 10 rounds into Taylor's home.

The department reassigned two other officers who fired weapons in Taylor's apartment to administrative duties.

Louisville police obtained the warrant from a judge as part of an investigation into a drug ring at another house elsewhere in Louisville. They told the judge that they believed that one of the men suspected of selling drugs had used Taylor's apartment to receive packages.

Taylor had previously dated a suspected drug seller but had severed ties with him, according to her family.

She and her boyfriend, Kenneth Walker, were in bed when police broke down her door with a battering ram shortly after midnight.

Walker has been charged with attempted murder. His lawyer has said there is evidence the bullet in Mattingly's thigh was shot by one of his colleagues, not by Walker.

Images of Taylor have become a familiar sight at the daily protests against police violence in cities across the United States. Last month, the influential actress and television mogul Oprah Winfrey featured an image of Taylor on the cover of O, the Oprah Magazine, calling for prosecution of the police who killed her.

Louisville has agreed to pay $12 million to Taylor's family to settle a wrongful-death lawsuit, the city's mayor announced earlier this month.