By Andrew Chung WASHINGTON (Reuters) - U.S. Supreme Court Justice Clarence Thomas on Tuesday urged the court to reconsider its landmark precedent that made it harder for public figures to sue for defamation even as he joined in a decision to end a defamation suit against comedian Bill Cosby. The 1964 high court ruling in the libel case known as New York Times v 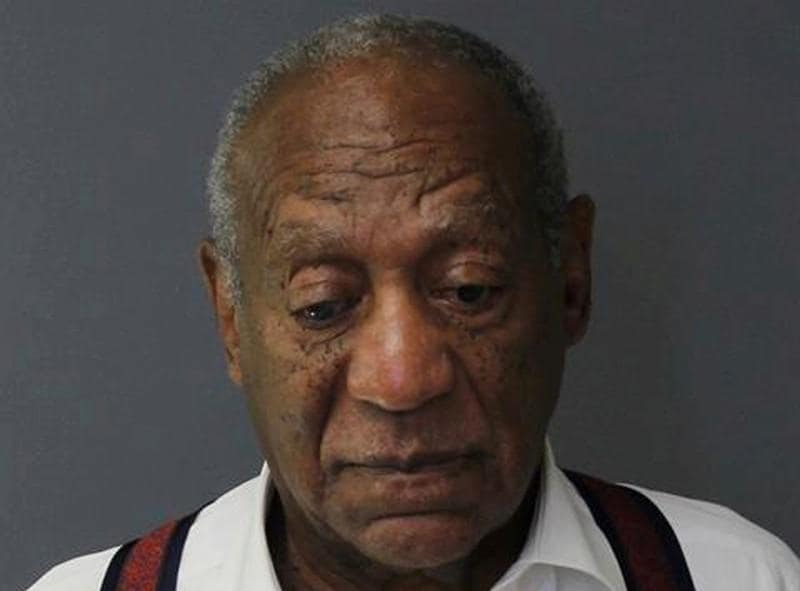 WASHINGTON (Reuters) - U.S. Supreme Court Justice Clarence Thomas on Tuesday urged the court to reconsider its landmark precedent that made it harder for public figures to sue for defamation even as he joined in a decision to end a defamation suit against comedian Bill Cosby.

The 1964 high court ruling in the libel case known as New York Times v. Sullivan has served as a powerful protection for media reporting on public figures. But Thomas, one of the high court's most conservative justices, said it is not rooted in the U.S. Constitution.

That ruling and the court's later ones extending it "were policy-driven decisions masquerading as constitutional law," Thomas wrote, expressing views that appear to be aligned with those expressed previously by President Donald Trump.

Thomas made the comments in a concurring opinion agreeing with his fellow justices in refusing to consider reviving a defamation lawsuit against Cosby by Kathrine McKee, an actress and former Las Vegas showgirl who said he falsely called her a liar after she accused him of raping her in 1974.

McKee was represented in the case by attorney Charles Harder, who represented Trump in a defamation suit brought against the president by adult film actress Stormy Daniels. Daniels has said she had a sexual encounter with Trump in 2006, which he denies. McKee had appealed a court ruling in Massachusetts that threw out her lawsuit.

In January 2018, Trump called current defamation laws "a sham and a disgrace" following the publication of a book about the White House by author Michael Wolff called "Fire and Fury: Inside the Trump White House," which among other things questioned the president's mental health.

The high court's unanimous 1964 ruling held that in order to win a libel suit, the plaintiff must demonstrate that the offending statement was made with "actual malice," meaning knowledge that it was false or reckless disregard as to whether it was false.

The case involved a lawsuit against the New York Times, a newspaper that Trump often criticizes for its coverage of him.

Thomas wrote that "we should carefully examine the original meaning of the First and Fourteenth Amendments," referring to the constitutional provisions protecting freedom of speech, freedom of the press and the application of those rights to the states.

"If the Constitution does not require public figures to satisfy an actual-malice standard in state-law defamation suits, then neither should we," Thomas wrote.

None of the other eight justices joined Thomas in his opinion.

Cosby, 81, was found guilty in April 2018 of three counts of aggravated indecent assault for the drugging and sexual assault of Andrea Constand, a former Temple University administrator, at his Philadelphia home in 2004. He was sentenced in that case last September to three to 10 years in prison.

The Supreme Court last October snubbed an appeal by Cosby in another defamation case, allowing a lawsuit brought by former model Janice Dickinson to go forward against the entertainer best known for his starring role in the 1980s hit television series "The Cosby Show."

McKee went public with her rape accusation against Cosby in a 2014 interview with the New York Daily News. She is one of more than 50 women who in recent years have accused Cosby of sexual assault dating back to the 1960s by using drugs to incapacitate them.

An attorney for Cosby then sent a letter to the newspaper, suggesting McKee was a liar and calling her an unreliable source. In the letter, Cosby's lawyer said McKee had admitted lying to get hired as a showgirl.

McKee sued Cosby for defamation in 2015 in federal court in Boston, saying the letter made false statements and harmed her reputation.

A trial judge in Springfield, Massachusetts in 2017 dismissed her claims, saying the lawsuit was barred by the First Amendment guarantee of free speech. The Boston-based 1st U.S. Circuit Court of Appeals upheld that ruling.

The appeals court said that by deliberately wading into the controversy, McKee had become a public figure, requiring her to prove Cosby acted with malice - meaning he knew his statements were false - to win a defamation claim.

McKee told the justices that she "should not be victimized twice over" by making it harder for her to prove defamation merely because she went public as an alleged victim.

(Reporting by Andrew Chung. Additional reporting by Lawrence Hurley; Editing by Will Dunham)