LONDON (Reuters) - The sharp rise in COVID-19 cases in Britain of 2,988 recorded on Sunday, the highest jump since May, was 'concerning', Health Secretary Matt Hancock said, although he added that the majority were younger people. 'The rise in the number of cases that we've seen today is concerning,' he said. 'The cases are predominately among younger people, but we've seen in other countries across the world and in Europe this sort of rise in the cases amongst younger people leading to a rise across the population as a whole.' He said everybody had to follow social distancing rules to prevent the spread of infections. 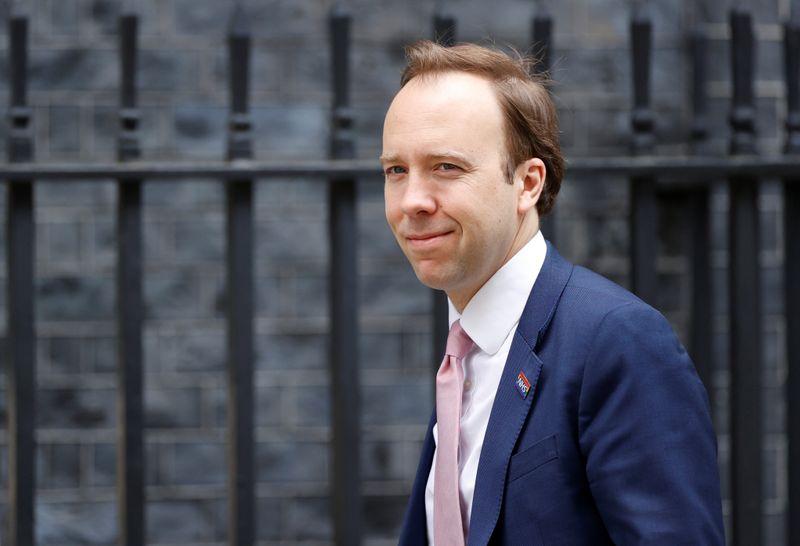 LONDON (Reuters) - The sharp rise in COVID-19 cases in Britain of 2,988 recorded on Sunday, the highest jump since May, was "concerning", Health Secretary Matt Hancock said, although he added that the majority were younger people.

He said everybody had to follow social distancing rules to prevent the spread of infections.

The trend in the daily number of cases has started to rise in recent weeks, although the number of patients admitted to hospital and fatalities have remained at low levels.

Two deaths were recorded within 28 days of a positive COVID-19 test in the previous 24 hours, the government said on Sunday, taking the total to 41,551.

Hancock said the government would continue to use local lockdowns to help suppress outbreaks of the disease, but social distancing remained the first line of defence.