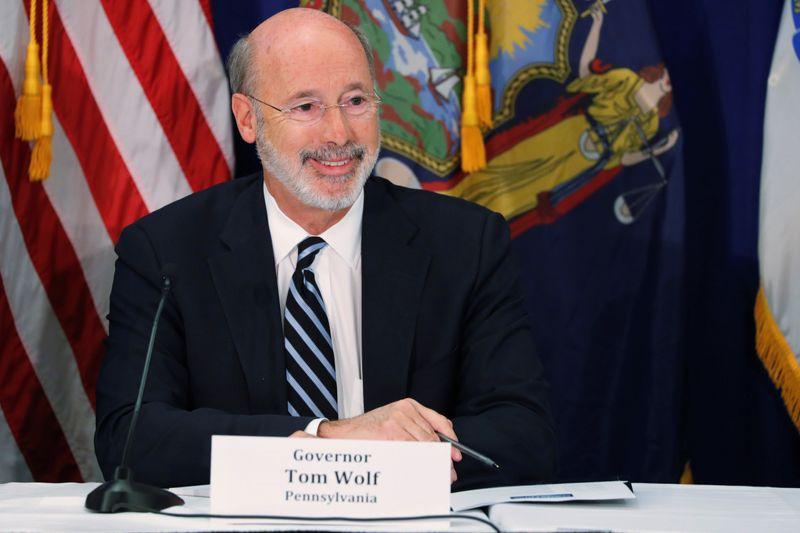 (Reuters) - A U.S. federal judge on Monday ruled as unconstitutional some of Pennsylvania Governor Tom Wolf's orders to control the coronavirus outbreak, including limits on crowd sizes, requirements that people stay home, and the closing of non-essential businesses.

Ruling on a lawsuit brought by business owners and Republican politicians, U.S. District Judge William Stickman IV, a Trump appointee, said the restrictions were executed with good intentions but were arbitrary and violated individual rights.

While some of the limits have been lifted since the lawsuit was filed in May, the Democratic governor has maintained some restrictions on gatherings and on bars and restaurants.

The Wolf administration was reviewing the ruling, a spokesperson told Reuters.

Previous legal challenges to some of the governor's pandemic-related restrictions had been unsuccessful.

There have been hundreds of cases filed in federal and state courts across the United States, challenging various local coronavirus restrictions, with some going all the way to the Supreme Court.

Perhaps one of the most emblematic cases of the clash over pandemic curbs took place in Wisconsin in May, when some residents flocked to bars to celebrate a ruling by the state's top court that struck down a statewide stay-at-home order.

Despite a recent return to school for many students and teachers, coronavirus cases in the United States have dropped sharply in recent weeks and both deaths and hospitalizations are trending lower at a slower pace. The number of new cases fell 15% last week and deaths fell for a fourth week in a row, according to a Reuters analysis.

The United States reported on average about 35,000 new cases each day in the week ended Sept. 13, marking the eighth straight week of declines from a peak in July of about 70,000 new cases a day. More than 735 people a day on average died from COVID-19 last week.