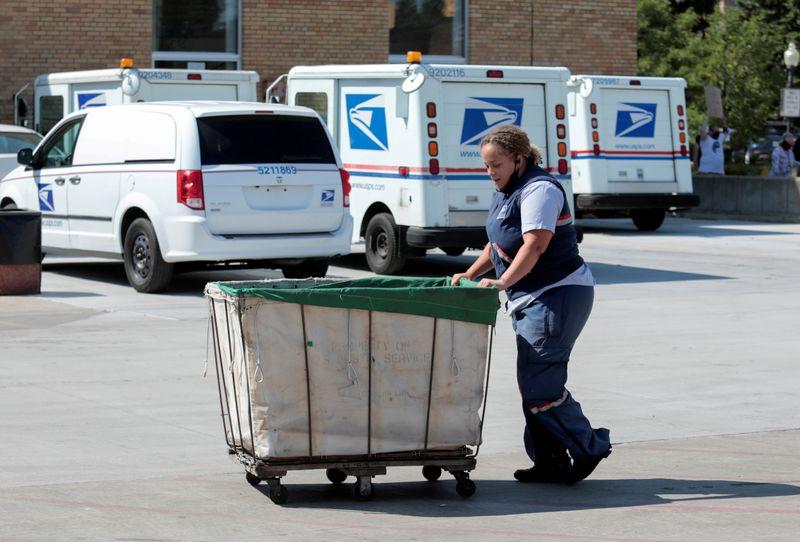 Some states, including still undecided Nevada and North Carolina, are counting ballots that are received after Election Day Tuesday. Plaintiffs lawyers in a lawsuit said the Postal Service delivered roughly 150,000 ballots nationwide on Wednesday. Of those, roughly 8,000 or 9,000, were delivered after Tuesday even though they had been mailed by Sunday.

U.S. District Judge Emmet Sullivan said the processing centers must perform morning sweeps and then afternoon sweeps "to ensure that any identified local ballots can be delivered that day."

He also directed additional steps to ensure delivery of ballots in two states before the deadline.

Sullivan previously urged USPS to take all possible steps to ensure ballots are delivered. He ordered sweeps in response to lawsuits by groups including Vote Forward, the NAACP, and Latino community advocates.

USPS must report to headquarters "the total number of ballots identified and confirm that those ballots have been expedited for delivery to meet applicable extended state deadlines," Sullivan added in one of his orders Thursday.

Ballots were still being counted by election officials in battleground states two days after polls closed in one of the most unusual elections in U.S. history because of the novel coronavirus

STOCKHOLM/LONDON (Reuters) - Sweden's decision to ban China's Huawei from its 5G networks restricts free competition and trade, the head of rival telecoms equipment supplier Ericsson told the Financial Times. Swedish telecoms regulator PTS this month halted 5G spectrum auctions after a court suspended parts of its decision that had excluded Huawei from 5G networks over national security risks. "I belong in that category that believes competition makes us longer term a better company

By Devika Krishna Kumar NEW YORK (Reuters) - Oil prices firmed by about 1% on Wednesday on hopes OPEC and its allies will delay a planned increase in oil output and after Pfizer said its COVID-19 vaccine was more effective than previously reported. The market was also supported by a smaller-than-expected increase in U.S. crude stockpiles last week