Judge leaned against dismissing Flynn case prior to Trump pardon-opinion 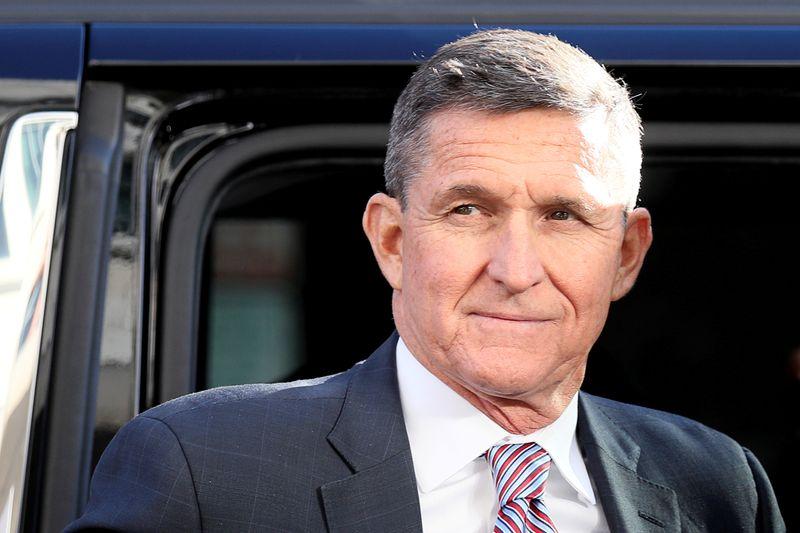 WASHINGTON (Reuters) - A federal judge said on Tuesday he had been leaning towards denying a Justice Department request to drop the criminal case against former National Security Adviser Michael Flynn but was forced to dismiss it after President Donald Trump pardoned him.

In a 43-page opinion, U.S. District Judge Emmet Sullivan said that while he was required by law to throw out the case, he was not persuaded by many of the arguments that prosecutors previously made in urging him to dismiss it.

"The court finds both stated rationales dubious to say the least, arguably overcoming the strong presumption of regularity that usually attaches to prosecutorial decisions," Sullivan wrote.

A retired Army general, Flynn pleaded guilty to lying to the FBI about interactions he had with Russia’s ambassador to the United States in the weeks leading up to Trump’s inauguration in January 2017.

He later tapped Sidney Powell, an attorney pursuing so-far unsuccessful attempts to overturn the election in Trump's favor, and sought to withdraw the plea on the grounds that prosecutors violated his rights and duped him into a plea agreement.

His sentencing was deferred several times.

In May, Attorney General William Barr abruptly intervened in the case and ordered the Justice Department to reverse course and dismiss the charge.

Prosecutors argued that Flynn's statements to the FBI in his interview were not "material", that Flynn had a "faulty memory", and that they no longer felt they had enough evidence for a conviction.

Sullivan skewered those arguments in his opinion, saying he felt the Justice Department's claims did not meet the legal standard for him to dismiss the case.

"Asserting factual bases that are irrelevant to the legal standard, failing to explain the government’s disavowal of evidence in the record in this case, citing evidence that lacks probative value, failing to take into account the nature of Mr. Flynn’s position and his responsibilities, and failing to address powerful evidence available to the government likely do not meet this standard," he wrote.