By Alex Dobuzinskis LOS ANGELES (Reuters) - Jurors in real estate scion Robert Durst's trial for murder may consider handwriting evidence that prosecutors say implicates him in the killing of his longtime friend, a Los Angeles judge ruled on Wednesday. But Los Angeles County Superior Court Judge Mark Windham told prosecutors their handwriting experts will have to explain their methodology before they can tell jurors whether they think Durst wrote a potentially incriminating note. 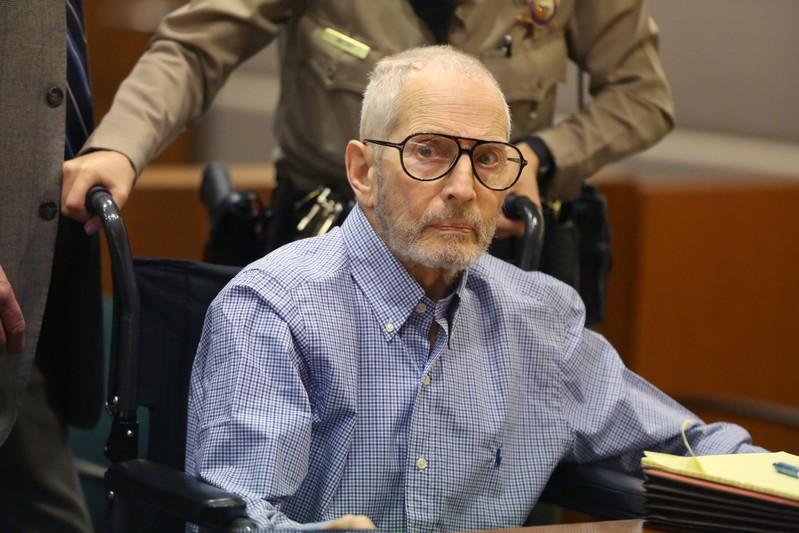 LOS ANGELES (Reuters) - Jurors in real estate scion Robert Durst's trial for murder may consider handwriting evidence that prosecutors say implicates him in the killing of his longtime friend, a Los Angeles judge ruled on Wednesday.

But Los Angeles County Superior Court Judge Mark Windham told prosecutors their handwriting experts will have to explain their methodology before they can tell jurors whether they think Durst wrote a potentially incriminating note.

Durst's trial was not expected to begin before 2020. Durst, 76, the multimillionaire grandson of a New York real estate tycoon, has pleaded not guilty to the murder charge in the 2000 shooting death of his confidante Susan Berman.

Authorities arrested Durst in 2015, one day before the finale of a six-part HBO documentary series called "The Jinx" that explored Berman's death, the disappearance of Durst's wife and a 2001 Texas slaying for which he was acquitted.

Berman's body was discovered on Dec. 24, 2000, at her home near the border between Los Angeles and Beverly Hills.

The Beverly Hills Police Department received a note that contained Berman's address and the word "cadaver," in an envelope mailed to the department and post-marked one day before her body was discovered.

Prosecutors have suggested in court papers that Durst, after killing Berman, sent the note hoping her body would be discovered quickly enough for the Jewish writer to receive a burial consistent with her faith.

The note and envelope, which included a misspelling of Beverly Hills as "Beverley Hills," figured prominently in "The Jinx," after the filmmakers obtained another envelope they said Durst had sent Berman. That envelope also had the erroneous "Beverley" spelling.

Prosecutors say Durst killed Berman because she could implicate him in the slaying of his wife, Kathleen, who vanished in 1982. Durst was never charged with killing his wife and her body has not been found.