By Ange Aboa ABIDJAN (Reuters) - Guillaume Soro, the former rebel leader running for president in Ivory Coast, was convicted in absentia on Tuesday of embezzlement and sentenced to 20 years in prison, a verdict likely to exclude him from October's election. The verdict was announced after a trial that lasted only a few hours and was boycotted by Soro's lawyers, who say the charges were cooked up to prevent their client from being a candidate. The Oct 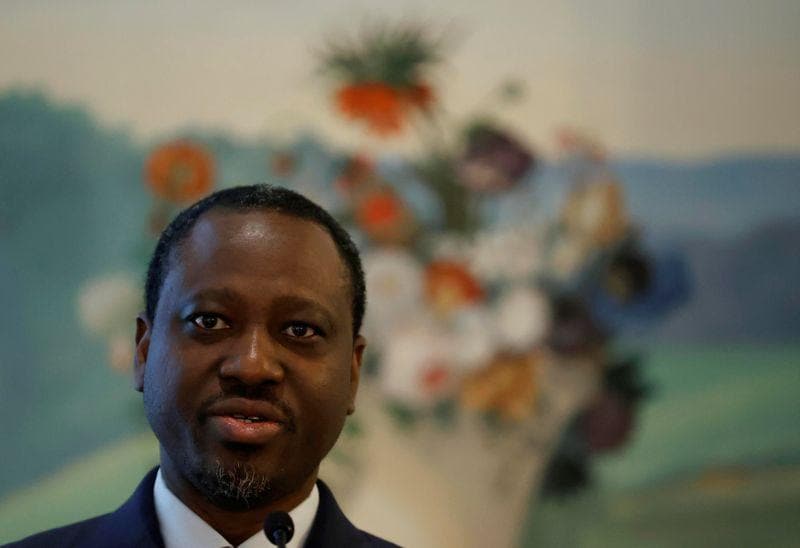 ABIDJAN (Reuters) - Guillaume Soro, the former rebel leader running for president in Ivory Coast, was convicted in absentia on Tuesday of embezzlement and sentenced to 20 years in prison, a verdict likely to exclude him from October's election.

The verdict was announced after a trial that lasted only a few hours and was boycotted by Soro's lawyers, who say the charges were cooked up to prevent their client from being a candidate.

The Oct. 31 election is seen as a test of stability for Ivory Coast, the world's largest cocoa producer, which has emerged from a civil war in 2010-11 that killed some 3,000 people to become one of Africa's fastest-growing economies.

Prosecutors issued an arrest warrant for Soro in December, just before he planned to return home from Europe to launch his campaign, for allegedly plotting a coup against his former ally Ouattara's government and stealing public funds.

Last week, the African Union's human rights court ordered the arrest warrant temporarily suspended while it weighed arguments by Soro's lawyers that his rights had been violated, but the court pressed ahead with the trial anyway.

"Guillaume Kigbafori Soro is condemned to 20 years in prison for embezzling funds and laundering public resources," said Judge Cissoko Amouroulaye, finding Soro guilty of using more than $2 million in public funds to buy a house while he was serving as prime minister in 2007.

The court also ordered that Soro, 47, be stripped of his civic rights for seven years. He is expected to face another trial over the coup allegations.

"I consider this verdict to be a non-event," Soro said in a statement. "I maintain my presidential candidacy and ask all my supporters to remain mobilised."

Soro led the rebels that swept Ouattara to power during the civil war that followed his disputed election victory in 2010.

He went on to serve as prime minister and speaker of parliament under Ouattara but the two men later fell out as the president made clear he would oppose Soro's presidential ambitions and back his prime minister, Amadou Gon Coulibaly.

Soro is believed to retain the loyalty of many former rebel commanders who now hold senior positions in the army and was seen a potentially viable presidential candidate who could attract support from young voters.

After leaving open the possibility that he would run for a third term this year, Ouattara announced in March that he would not be a candidate and threw his support behind Gon Coulibaly.