By Victoria Waldersee and Isla Binnie LISBON/MADRID (Reuters) - In October, Michelle Jones and her husband Gary boarded a ferry in England for a new life in Spain. Had they left it beyond Britain's period of transition out of the European Union, things would have been much more complicated. 'We haven't got a choice - it's now or never,' the former housing association worker said at the hairdressing salon she has taken over in the resort town of Fuengirola in southern Spain 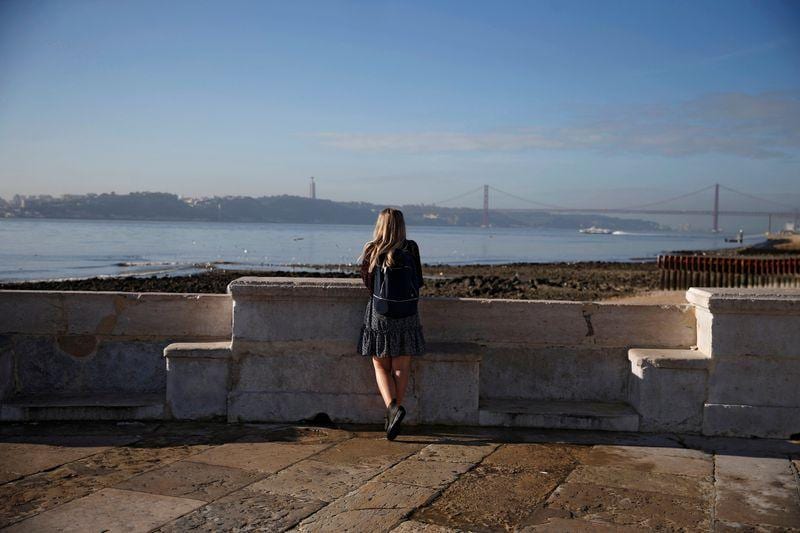 By Victoria Waldersee and Isla Binnie

LISBON/MADRID (Reuters) - In October, Michelle Jones and her husband Gary boarded a ferry in England for a new life in Spain. Had they left it beyond Britain's period of transition out of the European Union, things would have been much more complicated.

"We haven't got a choice - it's now or never," the former housing association worker said at the hairdressing salon she has taken over in the resort town of Fuengirola in southern Spain.

"Our family and friends in the UK think we're mad for doing it" during a pandemic, Jones, 54, said, but "we are not going to go through the rigmarole of trying to get visas and things like that."

Britain formally left the European Union on Jan. 31 after its 2016 referendum, but since then it has been in a transition period under which rules on free travel and trade remain unchanged. That period ends on Dec. 31.

Fourteen European countries, including Portugal and Spain, will grant Britons arriving before Dec. 31 the right to five years of residency. Other countries have tougher post-Brexit requirements, asking all Britons to re-apply after the transition period.

Ahead of the deadline, some people have brought forward retirement plans and others have taken advantage of being able to work from home to move.

"Last summer I spent six months in Europe and I loved it so much I planned on doing it every year, but that wouldn't be possible any more," said Beth Sands, a 35-year-old nutritionist and accountant who moved to Portugal in September. "As soon as Brexit happened, I was Googling all the ways I could get European citizenship."

Those who left it to the very last minute had their plans scuppered by Portugal's announcement on Sunday evening that it was closing borders to UK travelers not already registered as residents from Monday in response to the new super infectious virus strain detected in Britain.

"Was supposed to come on the 26th Dec. Not going to happen now before Brexit," one Facebook user posted on a Facebook group for Brits in Portugal late on Sunday.

"A TICKET TO EUROPE"

In the Spanish resort town of Benidorm, insurance broker Sophie Goode says she arranged more of the policies many people need to support their residency applications in November than the rest of the year combined.

"I have had people call me from the airport saying 'We're here, we need to do the paperwork'," Goode said.

Registrations for residency in Portugal and Spain have spiked in line with Brexit deadlines.

In Portugal, 1,453 people, more than double the previous record of monthly registrations, signed up for residency in March 2019, the date Britain was originally due to leave the European Union. Provisional data for November shows the figure was 2,407.

Some of these are longer-term residents who had neglected to register, but local council workers, private agents and the British Embassy in Portugal said many were recent arrivals.

"I have a feeling a lot of them just came to register an address and pick up the certificate," said Maria Ricardo, who processes residency applications at Loule council on Portugal's Algarve coast. "They just want a ticket into Europe."

To obtain residency, you must have a registered address, be able to support yourself financially and have access to healthcare.

"I wasn't sure if I'd stay, but it's so easy to get residency and I knew the Brexit deadline was coming so I thought might as well," said James Ellsmoor, 27, a business owner and remote worker who arrived in Lisbon in November.

For Britons who miss the Dec. 31 deadline, moving to a European country will mean complying with rules for non-EU migrants, possibly including sponsored work visas.

The coronavirus pandemic and unpredictable border closures has added an extra layer of urgency.

"It all acted as the perfect storm," said Samantha Harding, 49, who relocated to Cascais in Portugal in September. Newly able to work remotely, she decided she was ready to make the move.