ROME (Reuters) - Italian Deputy Prime Minister Matteo Salvini said on Wednesday he hoped the French people would not choose President Emmanuel Macron's party in European parliament elections later this year, heightening recent tensions between Rome and Paris. Relations between Italy and France, generally close allies, have worsened since the far-right League and anti-establishment 5-Star Movement formed a coalition government in Italy last year and took aim at pro-European Union Macron's En Marche (On the Move) party. 'Macron may no longer be our interlocutor (in the future),' Salvini said in an interview with state-owned radio RAI 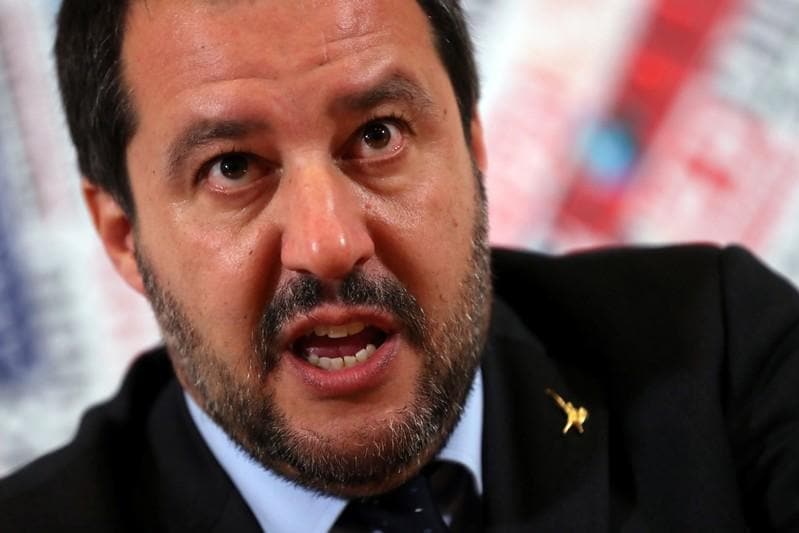 Relations between Italy and France, generally close allies, have worsened since the far-right League and anti-establishment 5-Star Movement formed a coalition government in Italy last year and took aim at pro-European Union Macron's En Marche (On the Move) party.

"Macron may no longer be our interlocutor (in the future)," Salvini said in an interview with state-owned radio RAI. "His support is less than 20 percent. I hope the French people can shortly make different choices," he said, referring to the May European elections.

On Tuesday, Salvini said France was not interested in stabilising war-torn Libya, a staging point for smugglers who send migrants toward Europe on unsafe boats, because French energy interests there clash with Italy's.

Salvini, who is the leader of the League party, also said he is not concerned about the effect the dispute will have on the government's effort to save troubled airline Alitalia.

Italian newspapers have reported that the French-Dutch airline Air France-KLM is in talks with Rome to take a stake in the carrier.

"There are other (players) in a position to take a share of Alitalia's capital," Salvini said.