By Steve Scherer and Stephen Jewkes MILAN (Reuters) - Italy's president summoned Prime Minister-designate Giuseppe Conte to his office on Sunday in a move that could break a long-running political deadlock and open the way for the formation of a coalition government. 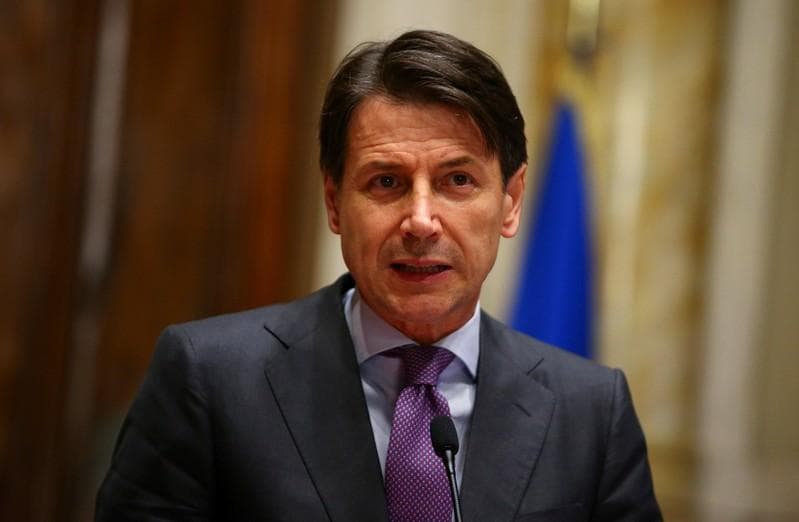 By Steve Scherer and Stephen Jewkes

MILAN (Reuters) - Italy's president summoned Prime Minister-designate Giuseppe Conte to his office on Sunday in a move that could break a long-running political deadlock and open the way for the formation of a coalition government.

But just minutes before Conte, a little-known law professor with no political experience, was due to present President Sergio Mattarella with his list of ministers, a source in the would-be governing coalition said no deal had been reached on the pivotal economy ministry post.

Mattarella has opposed Conte's candidate to the Economy Ministry, 81-year-old eurosceptic economist Paolo Savona, since giving him a mandate to form a government on Wednesday.

On Saturday, the far-right League party and the anti-establishment 5-Star Movement stuck by Savona, challenging Mattarella to accept him or risk another election later this year.

5-Star leader Luigi Di Maio met Mattarella informally on Sunday to try to find a solution, a source close to the president said.

"The problem is Savona," the coalition source said, explaining that the economist had not softened some of his more eurosceptic positions.

On Sunday, Savona tried to allay concerns about his views in his first public statement on the matter. Savona has been a vocal critic of the euro and the European Union, but he has distinguished credentials, including as industry minister in the early 1990s.

"I want a different Europe, stronger, but more equal," Savona said in a statement.

Last week Savona's known criticism of the euro and German economic policy further spooked financial markets that were already concerned about the future government's willingness to reign in the country's massive debt, worth 1.3 times its annual output.

Outgoing Economy Minister Pier Carlo Padoan said on Sunday that the problem was not Savona, but the coalition's economic plan, which is "clearly unsustainable".

Padoan also said the parties should have vocally ruled out a proposal put forward in Savona's most recent book, which said Italy should draw up a "plan B" for the country to leave the eurozone with as little damage as possible if it should prove necessary.

In his statement, Savona said his position on debt was the same as that forged by the potential coalition allies in their programme - which says it will be reduced not through austerity or tax cuts, but through targeted investments and policies that boost economic growth.

Savona has had high-level experience at the Bank of Italy, in government as industry minister in 1993-94, and with employers' lobby Confindustria. But his critical stance on the euro has been the focus of concern.

In Sunday's statement Savona did not refer to his opinions on the euro, but more than 70 slides outlining a "plan B" for Italy's exit from the euro, co-authored by Savona in 2015 with a dozen others, circulated on social media.

If the president were to continue to veto Savona, the risk is that the deal holding together the two rival parties, which won the most parliamentary seats in the March vote, would fall apart, making another election this year likely.