MILAN (Reuters) - Former Italian Prime Minister Silvio Berlusconi said he was in 'good health' after being admitted to hospital in Monaco on Thursday because of heart problems. 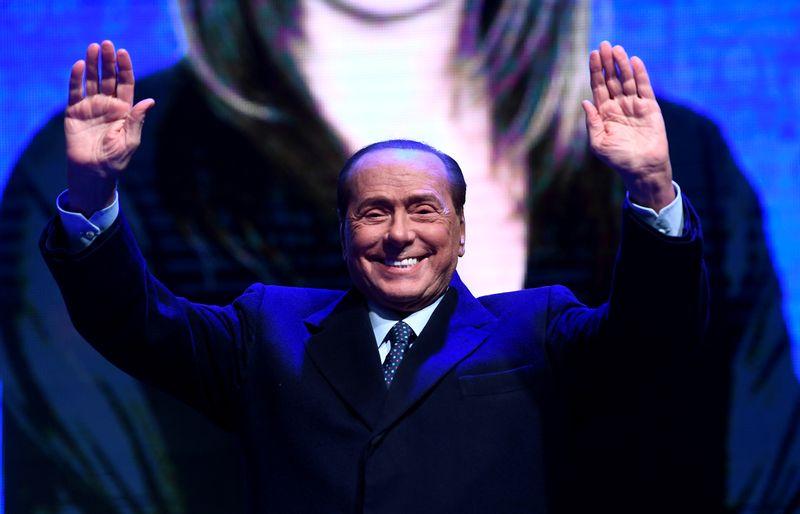 MILAN (Reuters) - Former Italian Prime Minister Silvio Berlusconi said he was in "good health" after being admitted to hospital in Monaco on Thursday because of heart problems.

Berlusconi, 84, underwent major heart surgery in 2016 and has also survived prostate cancer. Last September, he was hospitalised after contracting coronavirus, "the most dangerous challenge" of his life, he told reporters.

"I am in good health. Due to the prudence of my doctors I had to go to hospital for some checks," he said in a statement.

Berlusconi remains head of the opposition Forza Italia party. His illness comes as Italy has been hit by political chaos after a junior coalition party quit the government, depriving it of a majority in parliament.

"My activities continue as usual, in close contact with my staff at this very difficult time for the country," Berlusconi said.

Newspapers have speculated that some Forza Italia lawmakers might agree to desert party ranks and help prop up Prime Minister Giuseppe Conte to prevent an early election.

Alberto Zangrillo, the media tycoon's personal doctor, said he saw Berlusconi on Monday and decided to transfer him to a nearby hospital because he did not think it prudent to bring him to Italy, which is some 15 km (10 miles) from the city-state.

Berlusconi has spent much of his time recuperating from coronavirus at his daughter Marina's house in Provence, southeast France.

Shares in Mediaset, the broadcaster controlled by the Berlusconi family, jumped as much as 2.9% on Thursday after initial reports of his latest health scare.

Mediaset has been at the centre of a legal battle between Berlusconi's family holding company Fininvest and its second-largest shareholder, French media giant Vivendi, over the past five years.