GAZA (Reuters) - Israeli forces shot and killed four Palestinians and wounded at least 50 during protests along the border with Gaza on Friday, Palestinian medical officials said. 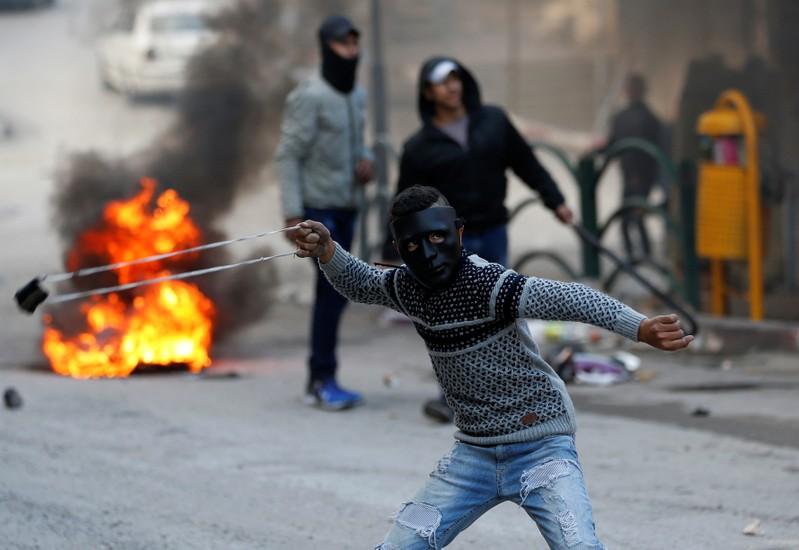 GAZA (Reuters) - Israeli forces shot and killed four Palestinians and wounded at least 50 during protests along the border with Gaza on Friday, Palestinian medical officials said.

The Israeli military responded with air strikes at three positions belonging to Hamas, the Islamist group that rules the Gaza Strip, an army statement said.

It said 16,000 Palestinians had gathered along the Gaza border and hurled grenades, firebombs and rocks at Israeli troops, who responded with "riot dispersal means" and live fire when required.

Palestinians have been protesting along the border since March 30, demanding an end to Israel's blockade of the territory and the right to return to lands from which they fled or were driven when Israel was founded in 1948.

Since the protests began, 212 Gazans have been killed by Israeli troops, according to Palestinian Health Ministry figures. An Israeli soldier was killed by a Palestinian sniper.

Egyptian security officials have in the last two weeks been talking to Israeli leaders and officials of Hamas, which runs Gaza, and other factions in an attempt to restore calm along the border.

Fawzi Barhoum, a Hamas spokesman, said protests would continue "until we achieve our goals, and foremost is ending the blockade of the Gaza Strip".

In the Israeli-occupied West Bank, a Palestinian protester died from a bullet wound, Palestinian medical officials said, after he was involved in a clash with Israeli troops in the village of Al-Mazraa Al-Gharbeya. There was no immediate comment from the Israeli military.