Israeli election: with the final count in, who won and who lost?

By Maayan Lubell JERUSALEM (Reuters) - Israeli Prime Minister Benjamin Netanyahu won the backing of a majority of parliament members on Tuesday to form a new government, after the April 9 election. Netanyahu is heading towards a record fifth term in office confident of being able to put together a bloc of religious-rightist parties. 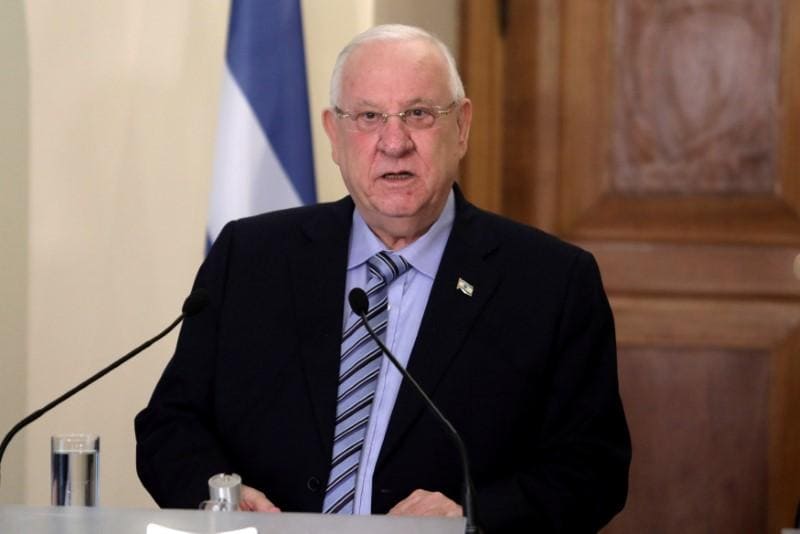 JERUSALEM (Reuters) - Israeli Prime Minister Benjamin Netanyahu won the backing of a majority of parliament members on Tuesday to form a new government, after the April 9 election.

Netanyahu is heading towards a record fifth term in office confident of being able to put together a bloc of religious-rightist parties.

It would be a slim majority against an opposition that is likely to be led by the centre-left Blue and White party. No single party has ever won an outright majority in the Knesset.

Here is a quick guide to the various parties, who gained, who lost and what is likely to happen next:

WHAT COALITION WILL NETANYAHU SEEK?

Most likely, a replica of his outgoing right-wing government. In his victory speech, Netanyahu, 69, said he intends to form his new cabinet with right-wing and religious parties.

WHAT'S THE NEXT STEP?

Coalition-building. On Wednesday, Israel’s president, Reuven Rivlin, is expected to officially name the person he believes has the best chance of putting together a government after consulting with the leaders of each party. On Tuesday Rivlin said a majority of parliament members had advised him to have Netanyahu form the new government.

Netanyahu will then have up to 42 days to form a government. If he fails, the president asks another politician to try.

Past coalition negotiations have dragged on. Smaller parties will demand cabinet seats and will have their own financial and legislative demands to fulfil campaign promises made to their own voters. Netanyahu will have to balance these against his own party's priorities.

WHICH PARTIES ARE BACKING NETANYAHU?

Thirty-five seats, up from 30 before the election. Leader: Benjamin Netanyahu.

The spearhead of right-wing politics in Israel for decades. Likud first came to power in 1977. Netanyahu personifies Likud's traditionally hawkish positions on security in matters such as the Israeli-Palestinian conflict and foreign policy, with Iran currently the focus.

Many Likud members of parliament oppose the creation of a Palestinian state and during the election Netanyahu said he would annex Israel's settlements in the West Bank.

About 400,000 Jewish settlers live alongside 2.9 million Palestinians in the territory that Israel captured in the 1967 war, and has held under military occupation ever since, but never formally annexed.

Netanyahu's base rallied around him, even though he faces possible indictment in three corruption cases.

Israel's national-religious party is the most prominent political representative of the settler movement. It repudiates the idea of a Palestinian state, underlining the Jewish people's biblical and religious connections to the land that Palestinians seek for a state.

U.S. President Donald Trump is expected to unveil his long-awaited Middle East peace plan in the coming months. If the plan requires Israeli territorial concessions to the Palestinians, the Right Wing Union is likely to raise fierce objections.

ISRAEL BEITENU ('Israel is our Home')

A secularist, nationalist and far-right party whose base is immigrants from the former Soviet Union.

Moldovan-born Lieberman is a former defence minister who seeks to out-hawk Netanyahu. His policies include swapping Arab towns inside Israel - home to the country's 21 percent Arab Palestinian minority - in return for ceding territory in the Israeli-occupied West Bank to the Palestinian Authority.

It represents ultra-Orthodox Jews, or haredim, of European origin. A Netanyahu coalition, like many before it, is likely to rely on ultra-Orhodox support.

UTJ is primarily concerned with safeguarding state benefits for Haredi men, many of whom devote themselves to full-time religious study, do not work and do not serve in Israel's conscript military.

Demands for more government payouts will make it harder for Netanyahu to rein in a growing budget deficit.

SHAS represents Haredi Jews of Middle Eastern origin. Allied with UTJ and with similar demands, it has served as kingmaker in successive governments.

The party casts itself as moderate right-wing. Kahlon, the current finance minister, has met Palestinian officials on economic matters, even though the two political leaderships have not held negotiations since 2014.

Kahlon wants to keep the finance ministry but his party is now much weaker in parliament, so will have less clout in coalition negotiations.

Israel's economy barely featured in the election campaign, but the central bank has warned that the new government will need to cut spending and raise taxes to rein in a growing budget deficit.

WHO IS THE OPPOSITION?

A centrist party whose figurehead, former military chief Gantz, emerged as a serious rival to Netanyahu. But the political novice failed to unseat the veteran, and lost credibility by claiming victory too soon on election night.

The party vowed to combine clean government with peace and security. Conceding defeat on Wednesday, Lapid said his party would "make Likud's life hell in the opposition."

The left-wing party which ruled Israel throughout the early decades of the state was dealt a devastating blow on April 9. With Netanyahu reflecting the rightward shift of the Israeli electorate, Labour highlighted social and economic reform, and the pursuit of peace and a two-state solution with the Palestinians.

Six seats. The larger of two mostly Arab blocs in parliament. All the Arab-dominated parties joined forces in 2015 but split in two this year, and saw their combined seat tally fall from 13 to 10.

The group has one Jewish member of parliament, and advocates an Arab-Jewish alliance to fight racism and social inequality. But Arab parties have never joined governing coalitions in Israel, and this year faced a boycott movement by Arabs dismayed at a 2018 "nation-state" law which declared that only Jews have the right of self-determination in the country.

By most estimates, this election saw exceptionally low turnout by Israel's Arab citizens, some of whom increasingly prefer the designation "Palestinian" to "Israeli-Arab."

Four seats. Raam-Balad's leaders are a mix of Islamist and Arab nationalists. It describes itself as a democratic movement opposed to Israel’s occupation of Palestinian territory.

Four seats, down from five.

The left-wing party has not been part of government in the past two decades. Popular with liberal middle-class Israelis, it advocates a two-state solution with the Palestinians.

No seats, down from three.

Once seen as rising young stars in Israeli politics, Bennett, a high-tech millionaire, was education minister and Shaked was justice minister in the outgoing government.

They split from a larger national-religious faction to form a new far-right party that would appeal to more secular constituents. Shaked frequently criticised Israel's Supreme Court as being too liberal and interventionist.

The party did not win enough votes to enter the Knesset.

No seats. Soaring in pre-election opinion polls and crashing at the ballot, the new ultra-nationalist libertarian Zehut will not be part of the incoming Knesset.

Its campaign demands for marijuana legalisation appeared to be a huge draw for many young voters, who ultimately failed to come through for it.

Its other policies included proposals to annex the West Bank, the voluntary "transfer" of Palestinians to other countries and the eventual construction of a third Jewish temple.