JERUSALEM (Reuters) - Israel will enter a three-week nationwide lockdown starting on Friday to contain the spread of the coronavirus after a second- wave surge of new cases, Prime Minister Benjamin Netanyahu said on Sunday. 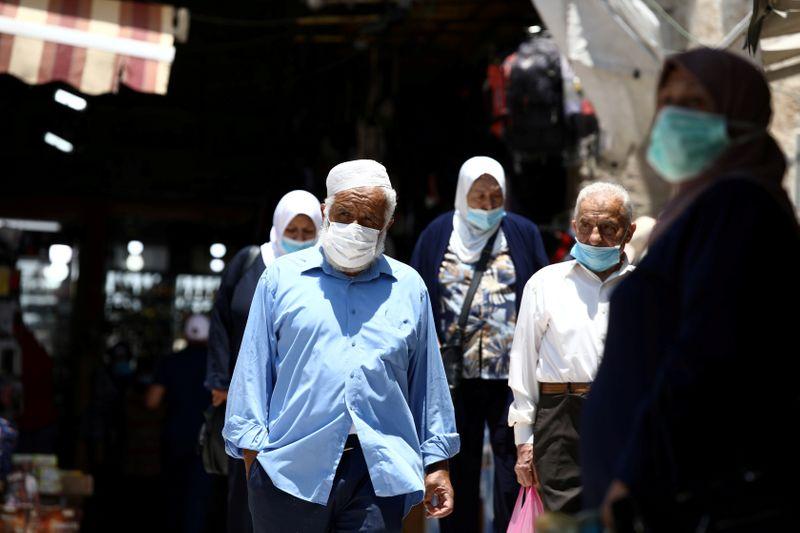 JERUSALEM (Reuters) - Israel will enter a three-week nationwide lockdown starting on Friday to contain the spread of the coronavirus after a second- wave surge of new cases, Prime Minister Benjamin Netanyahu said on Sunday.

During the lockdown, which comes during the Jewish high-holiday season, Israelis will have to stay within 500 metres of their houses, but can travel to workplaces that will be allowed to operate on a limited basis.

Schools and shopping malls will be closed but supermarkets and pharmacies will remain open. The public sector will operate with fewer staff, but non-governmental offices and businesses will not have to close, as long as they do not accept customers.

Indoor gatherings are limited to 10 people and no more than 20 people outdoors.

"I know those measures will exact a heavy price on us all," Netanyahu said in a televised address. "This is not the kind of holiday we are used to. And we certainly won't be able to celebrate with our extended families."

The Finance Ministry said the lockdown will cost the economy, which slipped into a recession in the wake of the virus, an estimated 6.5 billion shekels ($1.88 billion).

Netanyahu, who has faced increasing criticism over his handling of the coronavirus crisis, said he instructed his finance minister to come up with a new economic package to assist businesses hurt by the lockdown.

Israel declared an even tighter lockdown in April when the virus first arrived, after which daily cases dropped to low double digits among a population of nine million.

But as the economy reopened, daily infections jumped, passing 4,000 last week. On Saturday, 2,715 new cases were reported. Since the outbreak began, 1,108 people have died.

The country's health system "raised a red flag" a few days ago, spurring the government to act, Netanyahu said.

The director general of the Health Ministry, Hezi Levy, said in a radio interview earlier on Sunday that "dozens of localities are being sucked into the circle of morbidity."

"We have to impose severe restrictions, but they will be able to stem this wave and not bring us to the brink of an abyss," Levy said.