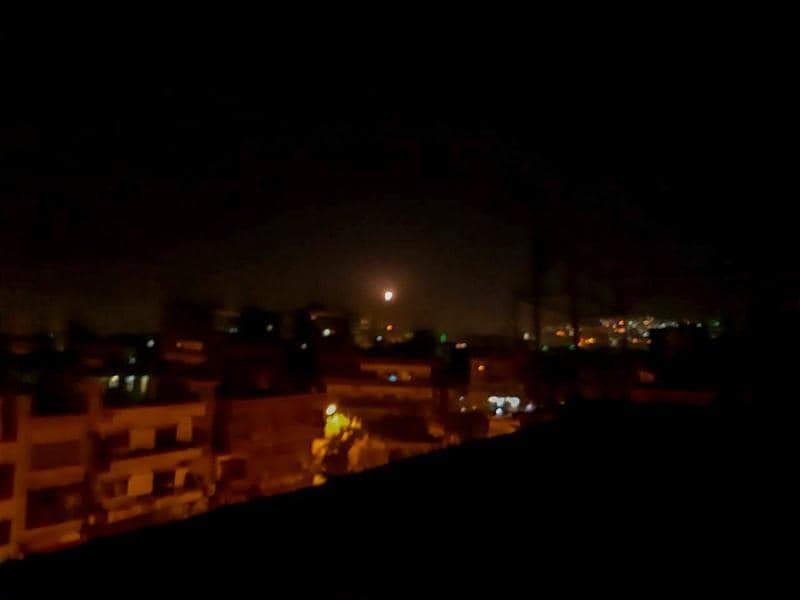 BEIRUT/JERUSALEM (Reuters) - Israel said its aircraft struck dozens of Iranian and Syrian military targets in Syria on Wednesday in retaliation for rockets fired towards Israel a day earlier.

Syrian state media reported two civilians were killed and several others injured in the attacks, but said Syria's air defences destroyed most of the missiles fired by Israeli jets over the capital Damascus before they reached their targets.

The British-based Syrian Observatory for Human Rights monitoring group said 11 people were killed, including seven who were not from Syria, citing their own sources.

"I have made clear that whoever hurts us, we will hurt him," Israeli Prime Minister Benjamin Netanyahu said early on Wednesday.

The elite Quds Force is the overseas arm of Iran's Revolutionary Guards (IRGC).

The Observatory said weapons and ammunition storage facilities belonging to the Al Quds force were destroyed in the attack.

"At exactly 1:20 a.m. today, Israeli warplanes from the direction of the occupied Golan Heights and the Lebanese Marjayoun targeted the perimetre of the city of Damascus with a number of rockets," a Syrian military source was quoted as saying by the Syrian state news agency SANA. Marjayoun is a city in the south of Lebanon.

Israel says it has carried out hundreds of strikes in Syria against Iranian targets trying to establish a permanent military presence there and against advanced weapons shipments to Tehran-backed Lebanese militia Hezbollah.

"Yesterday's Iranian attack on Israeli territory by firing missiles ... is the best proof of Iran's real cause in Syria. The Iranian position poses a threat to Israel's security, stability in the region, and the Syrian regime," Adraee said.

(Reporting by Samar Hassan in Cairo and Jeffrey Heller in Jerusalem; Additional reporting by Nadine Awadalla in Beirut; Editing by Alison Williams)