JERUSALEM/GAZA (Reuters) - Israeli forces opened fire at a group of Palestinian gunmen as they tried to cross the Gaza border, the military said on Sunday and Palestinian health officials said three of the men were killed. 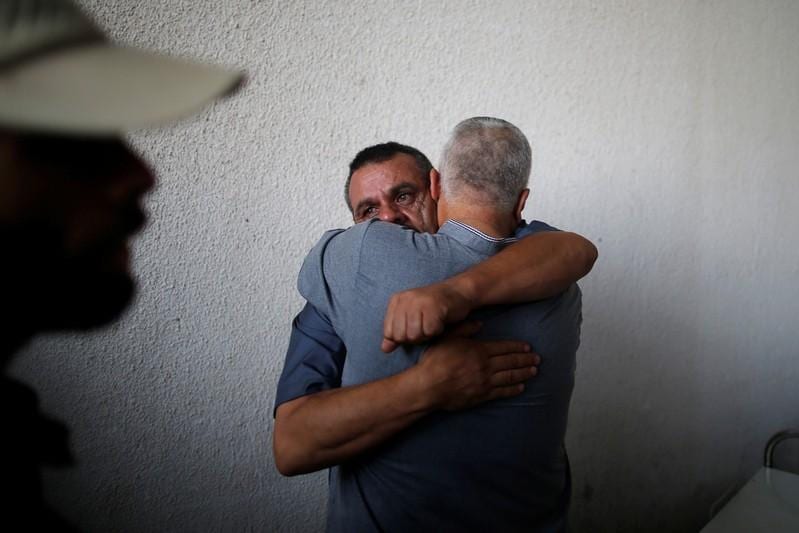 JERUSALEM/GAZA (Reuters) - Israeli forces opened fire at a group of Palestinian gunmen as they tried to cross the Gaza border, the military said on Sunday and Palestinian health officials said three of the men were killed.

"A short while ago, IDF (Israel Defence Forces) troops spotted a number of armed suspects adjacent to the security fence in the northern Gaza Strip. An IDF attack helicopter and a tank fired towards them," the military said in a statement.

Palestinian medics said they retrieved three bodies from the site and Gaza hospital officials said a fourth man was injured.

The incident happened overnight between Saturday and Sunday, shortly after three rockets were fired from Gaza into Israel, one of them landing in a town near the border, according to the Israeli military and police.

The Israeli military released security video footage it said showed the gunmen trying to cross the border. It showed three figures crouching and walking between trees and rocks, with at least one of them apparently carrying a rifle.

There was no immediate comment from any of the major armed groups in Gaza. No Israelis were hurt.

Gaza is ruled by the Islamist group Hamas, which has fought three wars with Israel over the past decade. Israel pulled its troops and settlers from the territory in 2005 but keeps the enclave under a blockade, citing security concerns. Tensions along the border are high with frequent fatalities.

Though neither side has signalled a desire for all out war, Israeli Prime Minister Benjamin Netanyahu said he could call a wide-scale operation in Gaza.

"If necessary, we will lead a broad campaign," Netanyahu told reporters on Sunday. "We will do what it takes for Israel's security."

LONDON (Reuters) - Prince Harry and his wife Meghan have refunded British taxpayers 2.4 million pounds ($3.2 million), the cost of renovating their UK home, in line with a commitment they made after announcing in January they would step back from royal duties. The refurbishment of Frogmore Cottage, a house within the grounds of Queen Elizabeth's Windsor Castle west of London, had been criticised by some British media as too expensive. The repayment comes as Harry and Meghan, an American former actress, seek to forge new careers for themselves and attain greater financial independence.

FRANKFURT (Reuters) - Biotech firm BioNTech said on Monday it widened an ongoing pivotal global study of its COVID-19 vaccine candidate to include testing in its home country of Germany.