DUBAI/WASHINGTON (Reuters) - The United Arab Emirates' accord to normalise ties with Israel should remove 'any hurdle' for the United States to sell the F-35 stealth fighter jet to the Gulf Arab state, a senior Emirati official said on Thursday. The United States has sold the F-35 to allies, including Turkey, South Korea, Japan and Israel, but sales to the Gulf require a deeper review due to U.S. 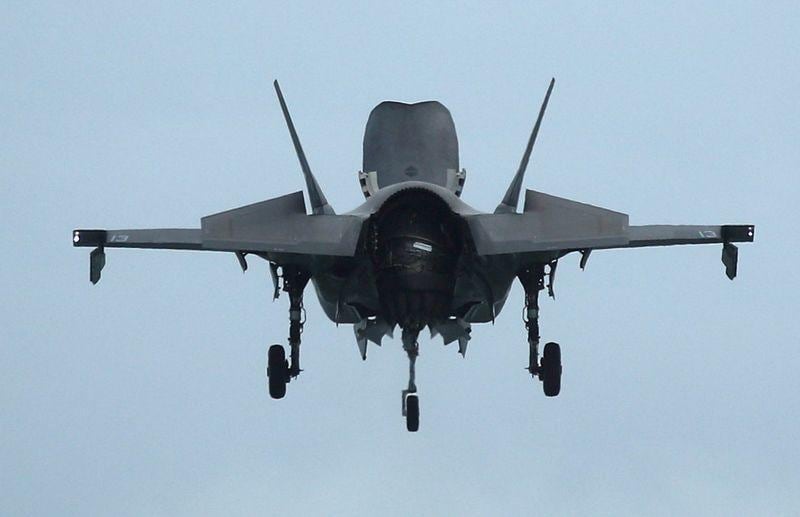 DUBAI/WASHINGTON (Reuters) - The United Arab Emirates' accord to normalise ties with Israel should remove "any hurdle" for the United States to sell the F-35 stealth fighter jet to the Gulf Arab state, a senior Emirati official said on Thursday.

The United States has sold the F-35 to allies, including Turkey, South Korea, Japan and Israel, but sales to the Gulf require a deeper review due to U.S. policy for Israel to maintain a military advantage in the Middle East.

"We have legitimate requests that are there. We ought to get them ... the whole idea of a state of belligerency or war with Israel no longer exists," Minister of State for Foreign Affairs Anwar Gargash said in an online interview with the Atlantic Council.

However, he said the UAE had not made any new requests to the Americans since the deal with Israel.

The Gulf state, one of Washington's closest Middle Eastern allies, has long expressed interest in acquiring the fighter jet made by Lockheed Martin Corp

An industry insider has told Reuters the United States is eyeing the sale of F-35s to the UAE in a side agreement to the UAE-Israel deal.

However, any F-35 sale could take years to negotiate and deliver, while Israel's prime minister has said his country would oppose any sale, citing a need to maintain Israeli military superiority in the region.

Ellen Lord, the Pentagon's undersecretary of defence for acquisition and sustainment and a leader in the U.S. weapons export process, told reporters on Thursday that in general, the United States aims to reach a letter of agreement for new F-35 sales in about 6 months. She referred questions on the UAE deal to the State Department.

A State Department spokesman deferred to Trump's comments from a news conference on Wednesday in which he said, "They'd like to buy F-35s, we'll see what happens, it's under review."

Poland, the most recent F-35 customer, purchased 32 of the jets in January, but will not receive its first delivery until 2024. Any sale would also need congressional approval.

Washington guarantees that Israel receives more advanced American weapons than Arab states, giving it what is labelled a “Qualitative Military Edge” over its neighbours.

"The UAE expects that its requirements will be accepted and we feel that with the signing of this peace treaty in the coming weeks or months ... that any hurdle towards this should no longer be there," Gargash said.