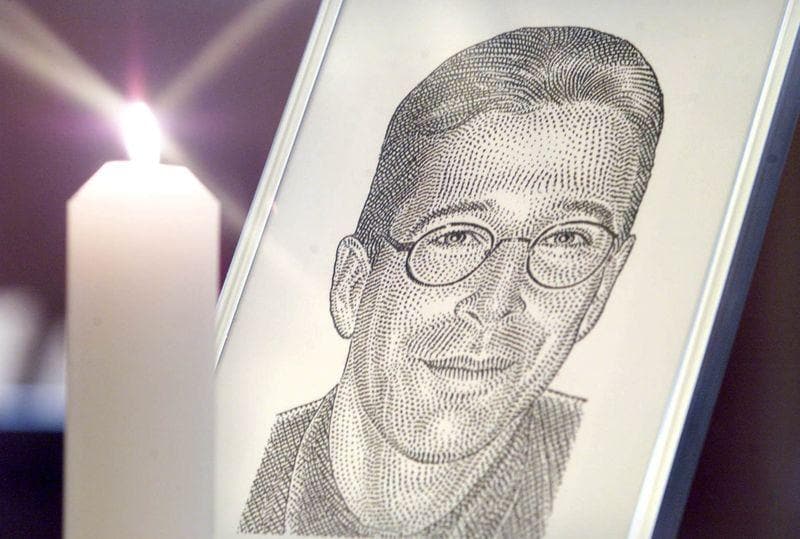 KARACHI, Pakistan (Reuters) - Pakistan's Supreme Court on Thursday ordered the release of an Islamist convicted of beheading U.S. journalist Daniel Pearl, a decision that has left his family in "complete shock", lawyers said.

Ahmed Omar Saeed Sheikh, who was the main suspect in the 2002 kidnapping and murder of Wall Street Journal reporter Pearl, was released by a panel of three judges.

"By a majority of two to one, they have acquitted all the accused persons and ordered their release," a provincial advocate general, Salman Talibuddin, told Reuters.

It was not immediately clear whether "acquittal" meant a finding of not guilty, or that they had merely finished their jail terms.

Sheikh has served 18 years in jail and a life sentence is usually a maximum 14 years.

Pearl, 38, was investigating Islamist militants in Karachi after the Sept. 11, 2001, attacks on the United States when he was kidnapped.

His case grabbed headlines globally after a video of his beheading emerged weeks after he was abducted.

Sheikh and three co-accused are to be released if they are not required in any other cases, the head of the court panel, Justice Mushir Alam, said.

The process to release them can take several days.

A high court last year commuted the death penalty of the British-born Sheikh into a life sentence and acquitted his three co-accused, citing lack of evidence. The acquittals were challenged.

The government and Pearl's parents challenged the court decision and pleaded to the Supreme Court to reinstate the death penalty.

The Supreme Court turned down both pleas on Thursday.

The United States had said that it may seek to retry Sheikh if efforts to keep him in prison failed.

"The Pearl family is in complete shock by the decision of the Supreme Court of Pakistan," the family's lawyer, Faisal Siddiqi, told Reuters, adding that the court decision was a travesty of justice.

"No amount of injustice will defeat our resolve to fight for justice for Daniel Pearl."

(Writing and reporting by Asif Shahzad in Islamabad; Editing by Clarence Fernandez and Nick Macfie)