By Aref Mohammed BASRA, Iraq (Reuters) - Thousands of Iraqis angry about poor services protested in southern cities and Baghdad on Friday, calling for the downfall of political parties as they escalated demonstrations backed by the country's most powerful clerics. 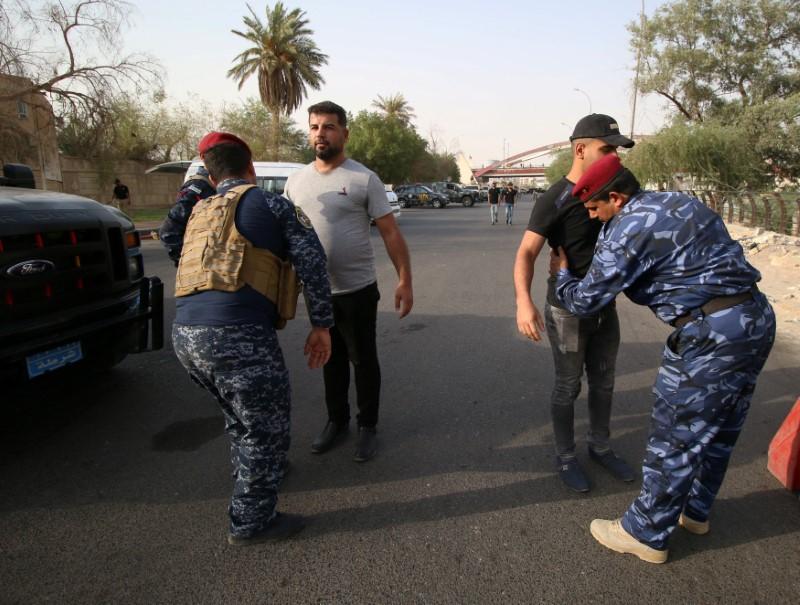 BASRA, Iraq (Reuters) - Thousands of Iraqis angry about poor services protested in southern cities and Baghdad on Friday, calling for the downfall of political parties as they escalated demonstrations backed by the country's most powerful clerics.

In the oil hub of Basra, crumbling from years of neglect and under-investment, about 3,000 protesters gathered outside the headquarters of the provincial governorate.

"The people want the downfall of political parties!" they chanted, a slogan similar to one used in the 2011 Arab Spring uprisings, as politicians struggled to form a new government following a May 12 election marred by allegations of corruption.

Prime Minister Haider al-Abadi, who is seeking a second term, promised his Shi'ite-led government would fund electricity and water projects in Basra, where the colour of tap water is often brown because it contains dirt and mud.

"The promises they make are all lies," said Khaled Hassan, 42, a health worker in Basra. "We will not keep quiet."

On Thursday, powerful Shi'ite Muslim cleric Moqtada al-Sadr, whose bloc finished first in the election, said politicians should suspend efforts to form a coalition until the protesters' demands are met.

Sadr, whose militiamen staged violent uprisings against U.S. forces after the 2003 invasion, has in the past mobilised tens of thousands of people to press his demands.

Grand Ayatollah Ali al-Sistani, the most influential cleric in Iraq, has also expressed solidarity with the demonstrators.

Protests have swept cities in the south, Iraq's Shi'ite heartland. Three protesters have died and dozens of members of the security forces have been injured.

Police fired in the air and wielded batons and tear gas in the Euphrates river city of Nasiriya when hundreds protested outside the house of the provincial governor.

"We are demanding the sacking of the governor and removal of all corrupt officials from the province," said Faris Abdel Karim, an activist who helped organise the protest.

Some of the protests have taken place at the entrance to major oilfields. Officials say production has not been affected.

On Friday, about 300 people vented their anger in one of Baghdad's main squares. One held up a posters which read: "The revolution of the poor." Riot police used water cannons to try and disperse the crowd.