By Michelle Nichols NEW YORK (Reuters) - Iran urged new U.S. President Joe Biden on Friday to 'choose a better path' by returning to a 2015 nuclear deal between Tehran and global powers, but said the opportunity would be lost if Washington insists on further Iranian concessions up front. 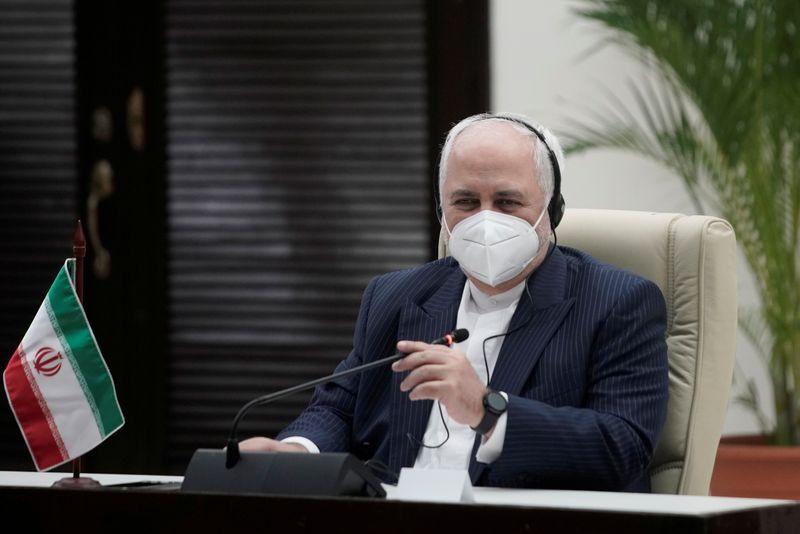 NEW YORK (Reuters) - Iran urged new U.S. President Joe Biden on Friday to "choose a better path" by returning to a 2015 nuclear deal between Tehran and global powers, but said the opportunity would be lost if Washington insists on further Iranian concessions up front.

Under Biden's predecessor Donald Trump, Washington withdrew from the deal - designed to stop Iran developing a nuclear weapon - and bolstered sanctions in a bid to force Tehran into talks on a broader agreement that also addressed its ballistic missile program and support for proxies around the Middle East.

Biden, who took office on Wednesday, "can begin by removing all sanctions imposed since Trump assumed office and seek to re-enter and abide by the 2015 nuclear deal without altering its painstakingly negotiated terms," Iranian Foreign Minister Mohammad Javad Zarif wrote in Foreign Affairs magazine.

"In turn, Iran would reverse all the remedial measures it has taken in the wake of Trump's withdrawal from the nuclear deal," he said on Friday, adding that the "initiative squarely rests with Washington"

Since Trump abandoned the deal in 2018, Iran has breached its key limits one after the other, building up its stockpile of low-enriched uranium, refining uranium to a higher level of purity and using advanced centrifuges for enrichment.

Biden has said that if Tehran resumed strict compliance with the 2015 agreement Washington would rejoin it.

"But we would use that, as a platform with our allies and partners ..., to seek a longer and stronger agreement and also...to capture these other issues, particularly with regard to missiles and Iran's destabilizing activities," Antony Blinken, Biden's choice for secretary of state, said on Tuesday.

"Having said that, I think we're a long way from there," he said.

Zarif said temporary limitations on Iran's defence and missile procurements under the 2015 deal cannot be re-negotiated. He reiterated that, separate from the nuclear issues, Iran was willing to discuss problems in the Middle East.

"But the peoples of the region, not outsiders, must resolve these issues. Neither the United States nor its European allies have the prerogative to lead or sponsor future talks," he wrote.