By Stephen J. Adler NEW YORK (Reuters) - Iranian President Hassan Rouhani said on Tuesday he was open to discuss small changes, additions or amendments to a 2015 nuclear deal between Iran and six major powers if the United States lifted sanctions imposed on the Islamic republic 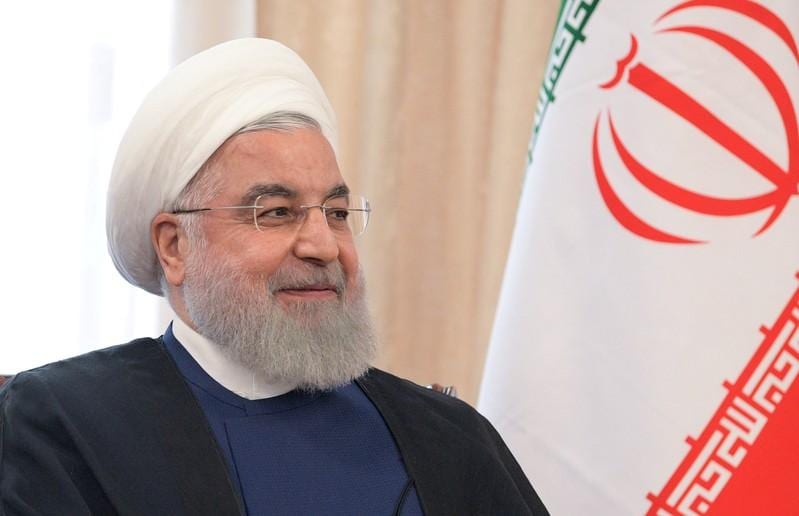 NEW YORK (Reuters) - Iranian President Hassan Rouhani said on Tuesday he was open to discuss small changes, additions or amendments to a 2015 nuclear deal between Iran and six major powers if the United States lifted sanctions imposed on the Islamic republic.

Rouhani told media in New York that he will be open to discuss with major powers "small changes, additions or amendments" to nuclear deal if sanctions were taken away.

U.S. President Donald Trump, who has adopted an "economic pressure" policy towards Iran to force its leadership to renegotiate the accord, said on Tuesday that he had no intention of lifting sanctions on Iran.

"All nations have a duty to act. No responsible government should subsidies Iran's bloodlust," Trump said in a speech to the United Nations General Assembly annual gathering of world leaders. "As long as Iran's menacing behaviour continues sanctions will not be lifted, they will be tightened.”

However, Foreign Minister Mohammad Javad Zarif, when asked by journalists whether Iran was open to changes in the nuclear pact, said :"No changes to the JCPOA (nuclear deal)".

Tensions have spiked between longtime foes, Tehran and Washington, since last year when Trump exited the nuclear pact and imposed sanctions on the Islamic republic that were lifted under the agreement.

In retaliation for the U.S. “maximum pressure” policy, Iran has gradually reduced its commitments to the pact and plans to further breach it if the European parties fail to keep their promises to shield Iran’s economy from U.S. penalties.

Trump wants to renegotiate a deal that ends Iran's ballistic missile programme, further curbs its nuclear programme and halts its proxy wars across the Middle East, from Syria to Yemen. Iran's clerical rulers have ruled out talks on the country's defence capabilities.

As a sign of Tehran's willingness to resolve the nuclear standoff with Washington, Zarif in July suggested that Iran could immediately ratify the Additional Protocol that allows more intrusive inspections of its nuclear programme if Washington abandoned its sanctions. But Washington viewed the idea as a non-starter.

The Additional Protocol gives U.N. inspectors from the International Atomic Energy Agency (IAEA more tools to verify that a nuclear programme is peaceful. Iran is already implementing the protocol.

The confrontation has intensified between Tehran and Washington following an attack on major oil sites in Saudi Arabia on Sept. 14 that sent oil prices soaring and raised fears of a new Middle East conflict.

The United States, European powers and Saudi Arabia have blamed Tehran for the attacks, which was claimed by Iran-aligned Houthi group in Yemen. Iran has denied any involvement.

Rouhani said those who doubt Yemen has the military capability for such attack, "aren’t saying who the culprit is".