By Parisa Hafezi and Jeff Mason DUBAI/WASHINGTON (Reuters) - U.S. President Donald Trump said on Sunday he was not seeking war with Tehran after a senior Iranian military commander warned any conflict in the Gulf region could spread uncontrollably and threaten the lives of U.S. troops 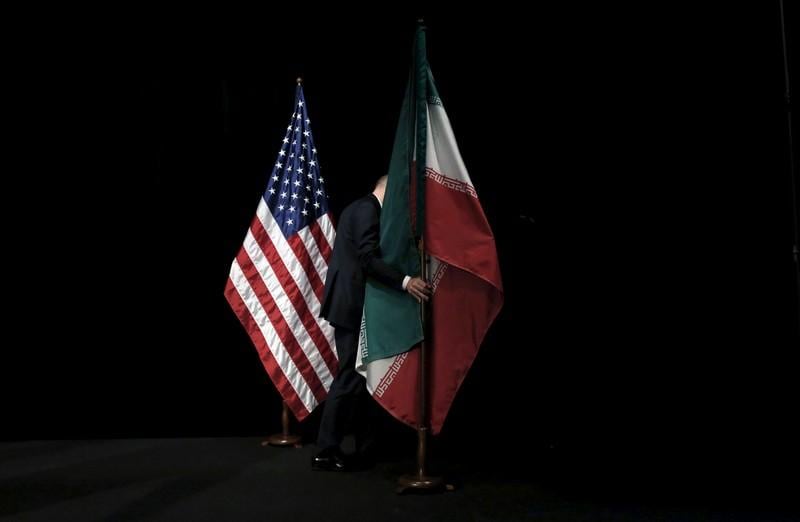 By Parisa Hafezi and Jeff Mason

DUBAI/WASHINGTON (Reuters) - U.S. President Donald Trump said on Sunday he was not seeking war with Tehran after a senior Iranian military commander warned any conflict in the Gulf region could spread uncontrollably and threaten the lives of U.S. troops.

Tensions remain high between longtime foes Iran and the United States after Trump said on Friday that he called off a military strike to retaliate for Iran's downing of an unmanned U.S. drone out of concern it would have been a disproportionate response.

"I'm not looking for war," Trump said on NBC's Meet the Press program.

U.S. Secretary of State Mike Pompeo repeated to reporters on Sunday that Washington was prepared to negotiate with Tehran with no preconditions.

"They know precisely where to find us," said Pompeo, who is traveling to Saudi Arabia and the United Arab Emirates to "ensure we're strategically aligned" with those countries, which are regional rivals of Iran.

Trump has said he will impose further sanctions on Iran beginning on Monday, but has also indicated that he would be prepared to seek a deal to bolster its flagging economy, an apparent move to defuse tensions.

"I don't think they like the position they're in. Their economy is, is absolutely broken."

Iran played down the impact of any new U.S. sanctions. They were "just propaganda, as all sanctions ... have been imposed and there are no more sanctions left," state-run news agency IRIB quoted Foreign Ministry spokesman Abbas Mousavi as saying.

Iran denies seeking nuclear weapons and refers to a fatwa or religious decree issued in the early 2000s by Iran's top authority Ayatollah Ali Khamenei that bans the development or use of nuclear weapons.

Last year Trump withdrew the United States from a 2015 accord between Iran and world powers that curbed Tehran's nuclear program in exchange for easing sanctions. Relations in the region have worsened significantly since then.

Diplomatic efforts are underway to ease tensions following attacks on oil tankers in the Gulf in recent weeks that the United States blames on Iran and the shooting down of the American drone last week.

Andrew Murrison, Britain's minister for the Middle East and North Africa, said on Sunday that he had "open, frank and constructive" talks with Iranian government representatives in Tehran.

"I reiterated the UK's assessment that Iran almost certainly bears responsibility for recent attacks on tankers in the Gulf of Oman," and called for such activity to stop, Murrison said.

A senior adviser to Khamenei said Iran may scale back compliance with its nuclear deal soon unless European countries shield it from U.S. sanctions through a trade mechanism.

"If Europeans don't take measures within the 60-day deadline, we will take new steps," the semi-official ISNA news agency quoted the official, Kamal Kharazi, as saying. Tehran announced a deadline of 60 days in May.

Iran has said it would respond firmly to any threat and warned on Sunday of the risks of a military confrontation.

"If a conflict breaks out in the region, no country would be able to manage its scope and timing," Major General Gholamali Rashid said, according to the semi-official Fars news agency.

"The American government must act responsibly to protect the lives of American troops by avoiding misconduct in the region."

Iranian President Hassan Rouhani accused the Americans of stoking tensions in the Gulf through what Iran has called the violation of its airspace by the U.S. military drone, Fars reported.

Washington said the aircraft was targeted in international air space in "an unprovoked attack".

"Neither Iran nor any other hostile actor should mistake U.S. prudence and discretion for weakness. No one has granted them a hunting license in the Middle East," Bolton said during a visit to Israel.

U.S. ally Israel, which Islamic Iran refuses to recognise and has itself long threatened strikes against Iran's nuclear facilities, signaled backing for the Trump administration's stance.

Meanwhile, Iranian lawmakers chanted "Death to America" during a parliament session on Sunday.

"America is the real terrorist in the world by spreading chaos in countries, giving advanced weapons to terrorist groups, causing insecurity, and still it says 'Come, let's negotiate'," the parliament's deputy speaker, Masoud Pezeshkian, said at the start of a session broadcast live on state radio.

The chants, often repeated since the 1979 Islamic revolution which toppled the U.S.-backed Shah, came weeks after Trump said in a U.S. television interview: "They (Iranians) haven't screamed 'death to America' lately."

(Reporting by Dubai newsroom and Jeff Mason and Lesley Wroughton in Washington; Additional reporting by Dan Williams in Jerusalem; Writing by Keith Weir and Grant McCool; editing by Daniel Wallis)