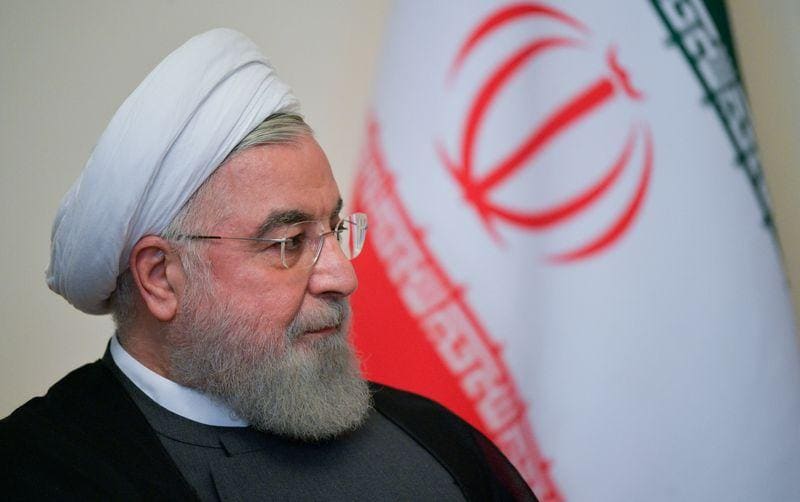 His remarks came as daily COVID-19 deaths fell to a low of more than seven months and officials announced that there were no more high-risk "red cities" in the country.

Earlier this month Supreme Leader Ayatollah Ali Khamenei, Iran’s highest authority, banned the government from importing vaccines from the United States and Britain, which he said were possibly seeking to spread the infection to other countries.

Rouhani himself, in compliance with Khamenei’s ban, said at the time that his government would purchase “safe foreign vaccines.”

Iran launched human trials of its first domestic vaccine candidate late last month, saying this could help it defeat the pandemic despite U.S. sanctions that affect its ability to import vaccines.

“There have been good movements in the field of local and foreign vaccines,” Rouhani said, adding that three domestic vaccines - Barekat, Pasteur and Razi, some of which have been developed with foreign collaboration - could begin in the spring and summer.

Cuba said earlier this month that it had signed an accord with Tehran to transfer the technology for its most advanced coronavirus vaccine candidate and carry out last-stage clinical trials of the shot in Iran.

Tehran and Havana are under tough U.S. sanctions that while they exempt medicine often deter foreign pharmaceutical companies from trading with them.

Iran is also participating in the COVAX scheme that aims to secure fair access to COVID-19 vaccines for poorer countries.

The country has recorded nearly 1.37 million cases and about 57,300 deaths, according to government data, but there has been a decline in new infections in recent weeks. Deaths fell to 69 in the 24 hours to Saturday, the health ministry said, the lowest since June 5.

"We can fortunately announce today that we have no 'red cities' across the country," Alireza Raisi, spokesman for the national coronavirus task force, told state TV. But officials warned people should still follow health precautions.