Tehran:  The new sanctions against Iran by the US are damaging already frayed Tehran-Washington ties, and violate the 2015 nuclear pact, Iran's foreign minister Mohammad Javad Zarif has said. 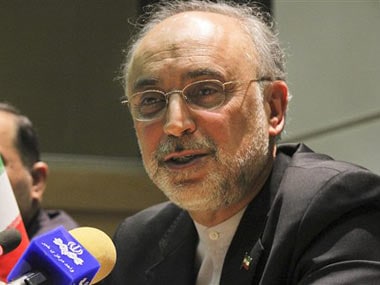 Zarif's statement came after the US on Tuesday imposed new sanctions against Iran, a day after Washington said Tehran was complying with the 2015 nuclear deal signed with six other nations.

The administration of US president Donald Trump said it was imposing new economic sanctions against Iran over the Islamic Republic's ballistic missile programme, Press TV reported.

Zarif said the US was trying to "poison the international atmosphere" with the fresh sanctions.

Iran and the five permanent members of the UN Security Council — the US, Britain, France, China and Russia — plus Germany signed the Joint Comprehensive Plan of Action in July 2015, under which limits were put on Iran's nuclear activities in exchange for the removal of sanctions.

Zarif said that instead of sanctioning countries which support terrorism in the West Asia, Trump continues to insist the nuclear pact is a bad deal.