Iran denies Pompeo's assertion it has ties with al Qaeda 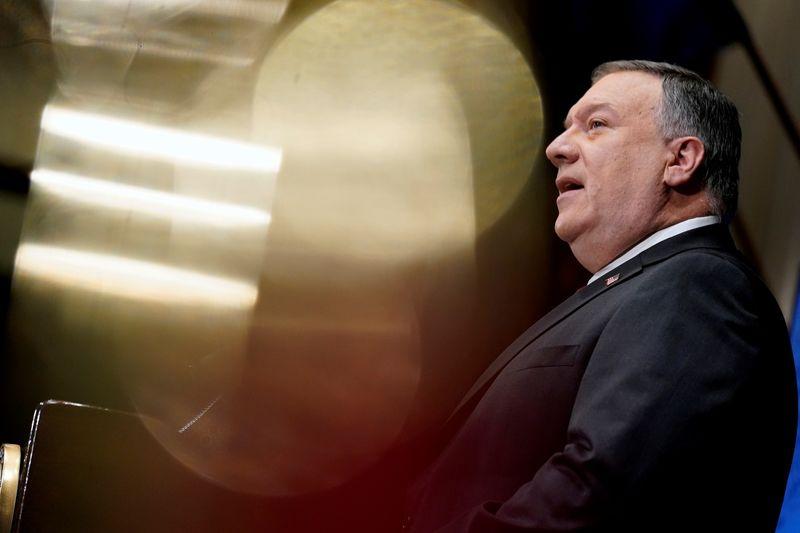 "No one is fooled. All 9/11 terrorists came from @SecPompeo's favourite ME destinations; NONE from Iran," Zarif said.

U.S. Secretary of State Mike Pompeo said on Tuesday that al Qaeda had established a new home base in Iran and the United States had fewer options in dealing with the group now it was "burrowed inside" that country. (Full Story)

Iranian foreign ministry spokesman Saeed Khatibzadeh said: "Iran has been a victim of U.S. state terrorism and affiliated groups for years and has had a clear ...record in the fight against al Qaeda and Islamic State," state media reported.

Iran's state religion is Shi'ite Islam, and the country views itself as a sworn enemy of Sunni Islamist militant groups such as Islamic State and al Qaeda. However, U.S. officials have accused it in the past of providing shelter to some al Qaeda figures.

The New York Times reported in November that al Qaeda’s Abu Muhammad al-Masri, accused of helping mastermind the 1998 bombings of two U.S. embassies in Africa, was gunned down by Israeli operatives in Iran. Iran denied the report, saying there were no al Qaeda “terrorists” on its soil.