GENEVA (Reuters) - Iran and Pakistan will form a joint quick reaction force to combat militant activity on their shared border, Iran's President Hassan Rouhani said on Monday during a televised news conference with Pakistan's Prime Minister Imran Khan. Khan arrived in Iran on Sunday to discuss security and regional issues, Iranian state TV reported, a day after Islamabad urged Tehran to act against militants behind killings in Pakistan’s Baluchistan province. Relations between Iran and Pakistan have been strained in recent months, with both sides accusing each other of not doing enough to stamp out militants allegedly sheltering across the border. 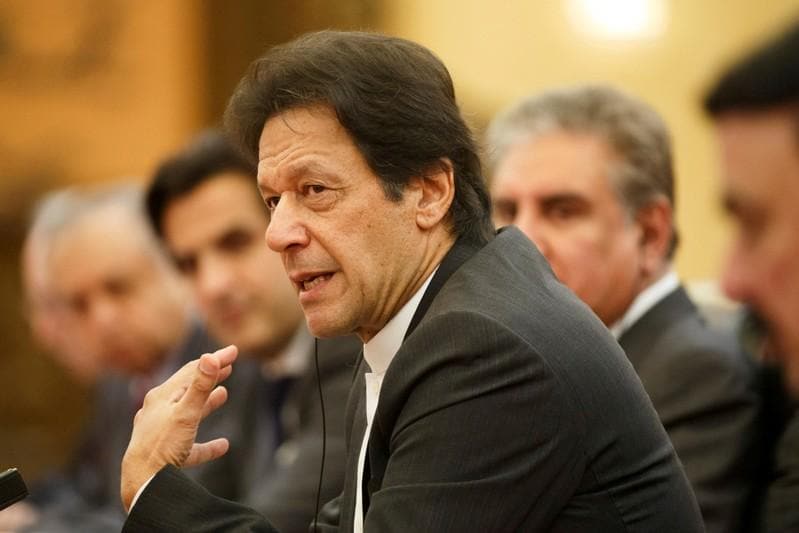 Khan arrived in Iran on Sunday to discuss security and regional issues, Iranian state TV reported, a day after Islamabad urged Tehran to act against militants behind killings in Pakistan’s Baluchistan province.

Relations between Iran and Pakistan have been strained in recent months, with both sides accusing each other of not doing enough to stamp out militants allegedly sheltering across the border.

"We agreed to increase the security cooperation of the two countries, our border forces, our intelligence forces," Rouhani said during the conference, which was broadcast live on state TV. "And also to form a joint quick reaction force on the border of the two countries for fighting terrorism."

Khan said that militant activity at the border could be a source of tension.

"The most important reason why I'm here, Mr. President, is because I felt that the issue of terrorism was going to ... increase differences between our countries," Khan said during the joint press conference. "So it was very important for me to come here and come with our security chief that we resolve this issue."

A new umbrella group representing various insurgent groups operating in Baluchistan claimed responsibility for an attack on Thursday when 14 passengers were killed after being kidnapped from buses in the province, which borders Iran.

"The terrorist groups that are the source of insecurity on the border receive money and weapons from enemies and one of the aims of the unrest ... is to poison the two countries' relations," state media quoted Khamenei as saying.

Pakistani Foreign Minister Shah Mahmood Qureshi said on Saturday the training and logistical camps of the new alliance that carried out the attack were based inside Iran and called on Iran to take action against the insurgents.

Shi’ite Muslim Iran says militant groups operate from safe havens in Pakistan and has repeatedly called on Islamabad to crack down on them.

Tehran has stepped up security along its long border with Pakistan after a suicide bomber killed 27 members of Iran's elite Revolutionary Guards in mid-February in southeastern Iran, with Iranian officials saying the attackers were based inside Pakistan.

The Sunni group Jaish al Adl (Army of Justice), which says it seeks greater rights and better living conditions for the ethnic Baloch minority, claimed responsibility for that attack.

Separately, Rouhani said during the joint news conference that the Islamic Republic is ready to help with Pakistan's oil and gas needs.