(Reuters) - Japanese Prime Minister Shinzo Abe, the nation's longest-serving premier, said on Friday he is resigning due to health reasons. 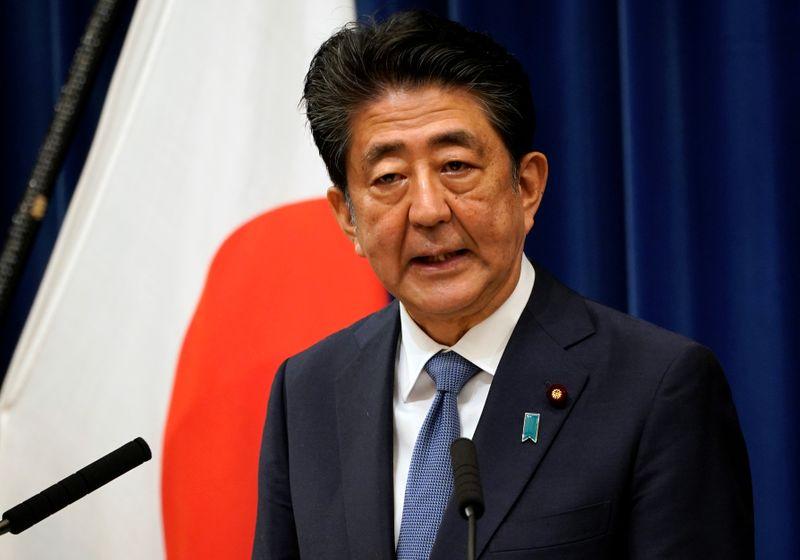 (Reuters) - Japanese Prime Minister Shinzo Abe, the nation's longest-serving premier, said on Friday he is resigning due to health reasons.

Here is what some international leaders and businesspeople are saying about Abe:

"@AbeShinzo has achieved great things as PM of Japan - for his country and the world," Johnson said on Twitter.

"Under his stewardship the UK-Japan relationship has gone from strength to strength in trade, defence and our cultural links. Thank you for all your years of service and I wish you good health."

The Kremlin regrets that Prime Minister Shinzo Abe has decided to step down, spokesman Dmitry Peskov said, describing the working relations between Abe and President Vladimir Putin as "brilliant".

"Together with President Trump, Prime Minister Abe has made the United States-Japan Alliance, and our overall relationship, the strongest it has ever been," the official added.

"We look forward to working with Prime Minister Abe's successor in further strengthening our nations' ties and advancing our shared goals."

“Prime Minister Abe was always friendly to Taiwan, whether on policy or the rights and interests of Taiwan’s people – he was extremely positive. We value his friendly feelings towards Taiwan and hope he is healthy.”

"We regret the sudden resignation announcement of Prime Minister Abe, who has left many meaningful achievements as Japan's longest-serving prime minister, and has also especially played a large role for development in South Korea and Japan's bilateral relations.

"President Moon Jae-in and Abe do not have good personal relationship, which contributed to adverse bilateral ties. When a new leader takes office in Japan, he can give momentum to improving bilateral relations. The two countries acknowledge that unnecessary diplomatic and trade conflicts would not help each other at a time when COVID -19 further adds difficulty to trade and business activities globally."

“He did a lot of good with regards just to the fact that he was one of the key promoters for multilateralism and free trade and did a lot to move to Japan back onto the world stage. Japan recovered the visibility and recognition the third-largest economy in the world deserves.

“We have FTAs and he also tackled a lot of difficult problems. Just thinking about relations with China, relations also with Russia, and also the difficult relationship with the U.S. at least since Trump came into power.

"I do not want to say he failed, but at least what is an unsolved problem is the relationship was Korea. I think that's the kind of problem which his successor has to work on.

“He succeeded in bringing the Olympics to Tokyo. I think this is also a major achievement we should not forget.”