WINDHOEK (Reuters) - Incidents of rhino poaching in Namibia have been dropping steadily as timely intelligence work has helped nab hunters before they shoot in known hotspots, the government said on Tuesday. 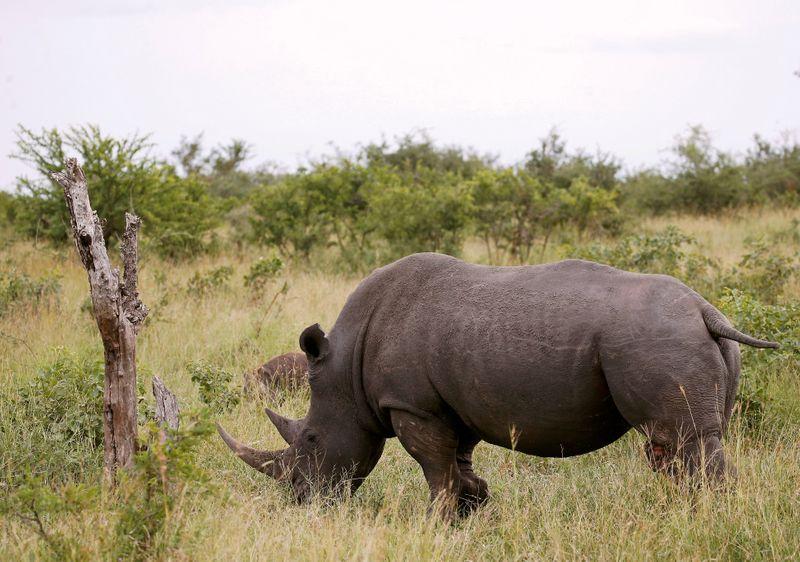 WINDHOEK (Reuters) - Incidents of rhino poaching in Namibia have been dropping steadily as timely intelligence work has helped nab hunters before they shoot in known hotspots, the government said on Tuesday.

Joint police and government task forces have proven "extremely successful", the spokesman for the Ministry of Environment, Forestry and Tourism said, with intelligence enabling a proactive, rather than reactive, response.

"Instead of the discovery of a dead rhino initiating an investigation, would-be poachers are now regularly arrested while they are still conspiring to kill a rhino," Romeo Muyunda said in a statement celebrating World Rhino Day.

Of 88 arrests during the first half of this year, 30% were pre-emptive - individuals suspected of conspiring to poach rhinos. In 2019, more than half of arrests were pre-emptive.

Namibia currently hosts the largest population of Diceros bicornis bicornis, a subspecies of black rhino, in the world, with 93% of the total population being located in the southwest African country, according to the ministry.

A third of all remaining black rhino on the planet are found in Namibia, which also boasts the second-largest white rhino population in the world, behind neighbouring South Africa.

Rhino numbers have been increasing steadily in Namibia under the government's conservation and management programme.