JOHANNESBURG (Reuters) - Worsening violence by militants with links to Islamic State in northern Mozambique are causing thousands to go hungry as they flee their homes and abandon farms, the U.N. World Food Programme (WFP) warned on Tuesday. Militant attacks in gas-rich Cabo Delgado province, near the border with Tanzania, began in 2017. 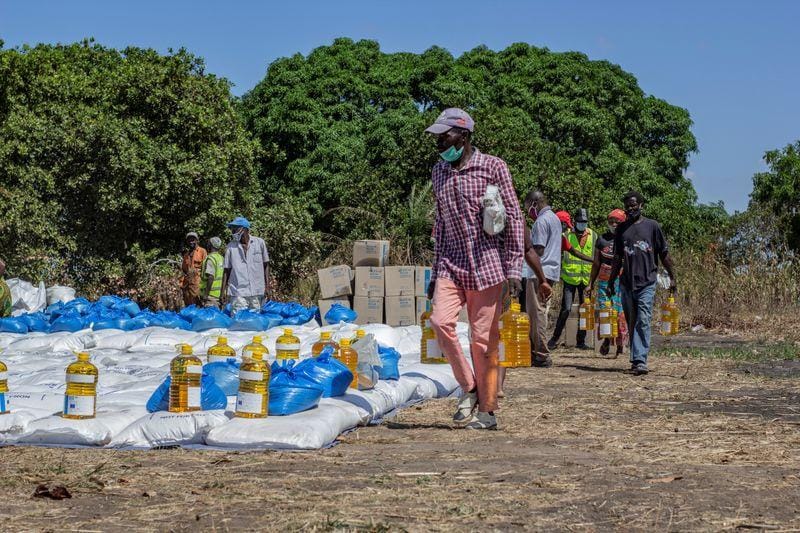 JOHANNESBURG (Reuters) - Worsening violence by militants with links to Islamic State in northern Mozambique are causing thousands to go hungry as they flee their homes and abandon farms, the U.N. World Food Programme (WFP) warned on Tuesday.

Militant attacks in gas-rich Cabo Delgado province, near the border with Tanzania, began in 2017. The violence has gathered pace in 2020, with insurgents seizing key towns for brief periods and hitting military and other key targets.

Operations and pitched battles in the region's remote villages between government forces and insurgents have often led to civilian casualties and destruction of infrastructure, with dozens of schools and homes burned down.

A WFP statement said over 300,000 people had fled Cabo Delgado to neighbouring provinces, in many cases crossing the northern border into Tanzania out of reach of humanitarian assistance.

"The latest findings from famine early warning system FEWSNET indicate that communities will continue to face 'crisis' levels of food insecurity (IPC Phase 3) into early 2021," the WFP statement said. "The situation is even more worrisome given that Cabo Delgado has the second highest rate of chronic malnutrition in the country."

The UN body also warned that the migration caused by the violence risked accelerating the spread of coronavirus. The impoverished southern African nation has nearly 7,000 confirmed COVID-19 cases, with 44 deaths.

WFP said it needed $4.7 million per month to assist those internally displaced in northern Mozambique.