BAGHDAD (Reuters) - Populist Iraqi Shi’ite cleric Moqtada al-Sadr called on Tuesday for a million Iraqis to march against the U.S. 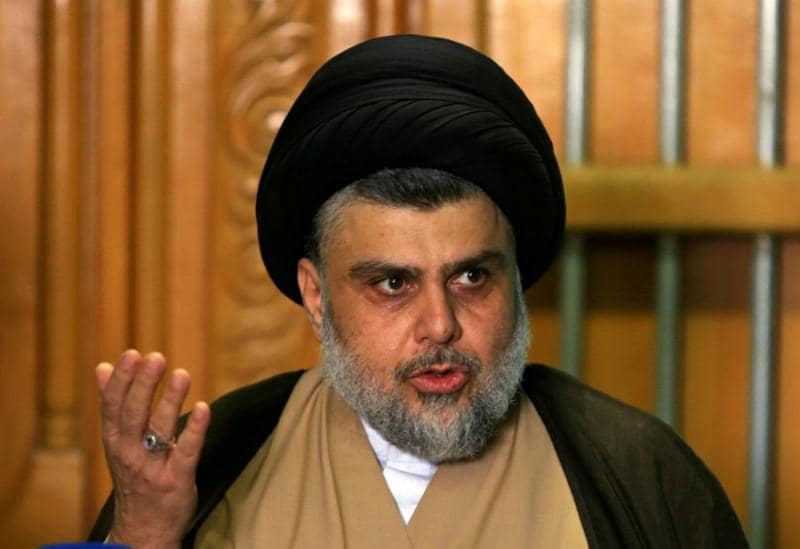 BAGHDAD (Reuters) - Populist Iraqi Shi’ite cleric Moqtada al-Sadr called on Tuesday for a million Iraqis to march against the U.S. "presence and violations" in Iraq after Washington's killing of an Iranian commander in Baghdad.

Iraq's parliament has called for U.S. and other foreign troops to leave amid growing a backlash against Washington's air strike, which also killed a top Iraqi militia commander.

Iran launched a missile attack on U.S. targets in Iraq in retaliation for the death of General Qassem Soleimani, a move that heightened fears of a wider Middle East conflict.

"Go on soldiers of God, soldiers of the nation, onto a million man march condemning the American presence and its violations," Sadr tweeted.

"Iraqi space, its land and sovereignty are infringed upon by occupying forces."

Sadr has million of followers has been able to summon tens of thousands of people onto the streets of Baghdad for demonstrations in previous years.

He gave no details of when he was calling for the protest to take place, or where.

Thousands are of Iraqis still gathering in separate anti-government demonstrations in Baghdad's Tahrir Square in protests that started on Oct. 1 - potentially setting the stage for rival groups to clash.