London: It used to be said that the sun never set on the British empire. Except that these days, it doesn't rise any more either.

As it grapples with an economy tottering on the edge, and on the verge of losing its top-grade AAA sovereign rating, Britain is learning in many ways that its time in the sun, when it cast a long and imperial shadow across the world, may be about to end.

But if that decline in its economic clout wasn't galling enough, Britain recently faced the ignominy of seeing India, its erstwhile "Jewel in the Crown", turn down the gallant British offer of developmental aid - of the order of $500 million a year - as "peanuts".

That sure hurt. British journalists slammed the "snub" as an act of "ingratitude" by an uppity Jawahar-come-lately, which for all the hype about its fast-paced economic growth and its billionaire industrialists who are acquiring the crown jewels of British industry, is still home to more poor people than all of sub-Saharan Africa.

The mortifying matter even came up for animated discussion in the British Parliament, where Prime Minister David Cameron, dodging a slew of verbal volleys from the Opposition, pledged to continue channeling aid to India. It was a variation on the theme of The White Man's Burden: Britain's civilizational influence was evidently still needed in some parts of the world. 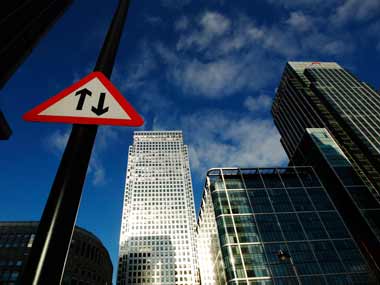 Why does Britain insist on thrusting "peanuts" into ungrateful hands?

Dr Nilima Gulrajani, a professor at the London School of Economics and an expert in foreign Aid, reasons that British developmental aid does serve a purpose and is, in fact, needed.

"It is primarily given," she says, "because India is seen to have a lot of people living below the poverty line. And if the government manages to somehow trickle this money down to them, it can really make some difference to a country that has roughly 450 million people living on less than Rs 80 a day."

But she reasons that there was perhaps a bit of political theatre in the language in which the rejection of the British aid was articulated.

"I think this statement is a good way to exercise sovereignty. It is done in an eye-catching way and is a snub to a former colonial master perhaps," notes Gulrajani.

The professor points out that while the India growth story was for real, "a most miraculous one", the sobering reality for India was also that it the fruits of that growth appear to have passed a lot of its people by.

"If there was a concrete plan out there that would tackle poverty, perhaps there is no problem in admitting that UK aid would be unnecessary." But there isn't, she adds.

But what does Britian gain from such developmental aid to India, apart from the accumulation of karmic brownie points? Influence, perhaps, that can be leveraged for something bigger.

"I think all aid has a duel motivation," notes Guljarani. "Let's be frank, one is the moral side of the story, but it is also a tool of foreign policy, and a way to buy friends." It isn't just Britain that does it: so does the US, which gives much by way of aid to many countries around the world - and where too, the wisdom of giving such aid when the US economy is in decline is being called into question.

But Guljarani reckons that $500 million may not generate much goodwill in India, which is now a $1 trillion-plus economy. "I don't think there is any leverage that Britain can secure over India, because it is a paltry sum... and not enough to buy any sort of influence in the current context."

She shrugs off suggestions that British angst over the slight may be tied also to the fact that India recently finalised a big-money defence contract for French fighter jets, passing up the Eurofighter, in which Britain has a stake. "I think the most that did was irk the UK. It is just part of the dynamics in the run-up to the statement made."

Some British journalists saw a delightful irony in the whole episode. A commentator in the Daily Mail noted with relish that India, which wired $500 million of its own aid to other countries and was ordering a 300-ship naval force which clearly shows it's financial clout, was unjustifiably being see as the "poor one", particularly compared to the debt-ridden world of the British economy.

"A cash-strapped Western country, forced to slash its police budget by 20 percent, close libraries, sack soldiers and get rid of its aircraft carriers and Harrier jump jets, is giving money to an emerging Asian superpower. And the superpower does not even want the cash on the grounds that handouts damage its image."

That sentiment is widely shared among the common folks in the UK, who wonder why their government is thrusting money at India, the second largest investor in the UK after Japan, which clearly isn't begging for it.

"Since Britain isn't deriving any advantage from this aid, it's no surprise that conservative writers have started asking some difficult questions," says Gulrajani. The only reasonable explanation is that Britain, among other donors, probably sense that India isn't doing enough to eradicate the problem of poverty and therefore want to continue giving aid.

In any case, how the money is put to use is a function of how it is channeled. If the development aid that Britain gives is project-specific or mission-specific, it stands a better chance of securing desired results. "But if it is a straight injection to the treasury, then India can do what they want with the money - and that includes buying more fighter jets than the UK!"

In any case the nature of the relationship between the donor and the done is evolving over time. "The UK has been downsizing its programme in India," notes Guljarani "What might happen is that the UK will provide more of a technical assistance on 'how to do things' and provide expertise and knowledge, and downgrade direct financial aid."

She also believes that the aid will increasingly become more strategic and target, for instance, infrastructure projects. "What happens, where the money goes and how much is given will certainly change over the next few years."

All of which perhaps counts as the dawn of a new consciousness, for both the erstwhile imperial overlord and the colonial subject, of how they define their new place in the universe, with dignity and with grace.