SYDNEY (Reuters) - An Indian sailor injured in a solo round-the-world race has been rescued, the Indian Navy said on Monday, after Australian authorities said a French ship was nearing his storm-damaged yacht off Australia's west coast. The sailor, Abhilash Tomy, called for emergency assistance on Saturday after the yacht was badly damaged in a storm about 3,500 km (2,175 miles) west of Australia, leaving him with severe back injuries. 'Tomy rescued safely,' the Indian Navy said on Twitter, without giving further details 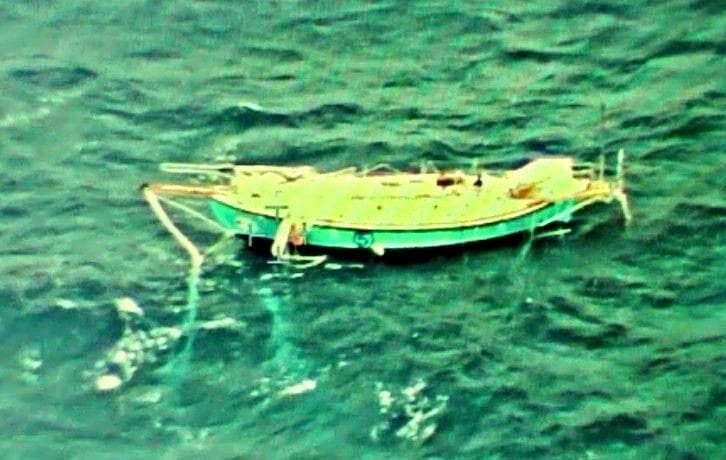 SYDNEY (Reuters) - An Indian sailor injured in a solo round-the-world race has been rescued, the Indian Navy said on Monday, after Australian authorities said a French ship was nearing his storm-damaged yacht off Australia's west coast.

The sailor, Abhilash Tomy, called for emergency assistance on Saturday after the yacht was badly damaged in a storm about 3,500 km (2,175 miles) west of Australia, leaving him with severe back injuries.

Earlier, the Australian Maritime Safety Authority, which is coordinating the rescue, had said it expected a French fisheries patrol vessel to reach Tomy's yacht as soon as 0700 GMT.

"All indications are the vessel is upright and floating high in the water but at any moment, a wave could push one of the damaged masts into the vessel and compromise its integrity," Phil Gaden, a search and rescue official, told reporters in Canberra, the Australian capital.

The mast hanging precariously over the yacht stoked fears it could become dislodged and damage the watertight body of the boat, Gaden added.

Despite the nearness of the French ship, Gaden had cautioned that rescuers might not be able to evacuate Tomy because of the damage to his yacht, in which case an Australian naval boat, positioned further away, might have had to undertake the rescue.

Tomy, whose website says he became the first Indian to circumnavigate the globe in 2013, was a contestant in the gruelling 30,000-mile (48000-km) Golden Globe Race.

The Indian-built yacht, 'Thuriya', left the seaside town of Les Sables-d'Olonne in western France on July 1 in the roundtrip race.

Participant crafts, similar to those used 50 years ago in the first such race, which features a solo circumnavigation of the globe, are barred from using modern technology, except for their communications gear.