By Sachin Ravikumar BENGALURU (Reuters) - Dr Reddy's Laboratories Ltd could begin late-stage Indian clinical trials of Russia's potential coronavirus vaccine in the next few weeks, an executive at the Indian drugmaker said on Tuesday. Indian trials of the Sputnik-V vaccine candidate, being developed by Russia's sovereign wealth fund, will enroll 1,000-2,000 participants and be conducted at multiple government and private hospitals across the country, Deepak Sapra, CEO for API and pharmaceutical services at Dr. Reddy's, told Reuters. 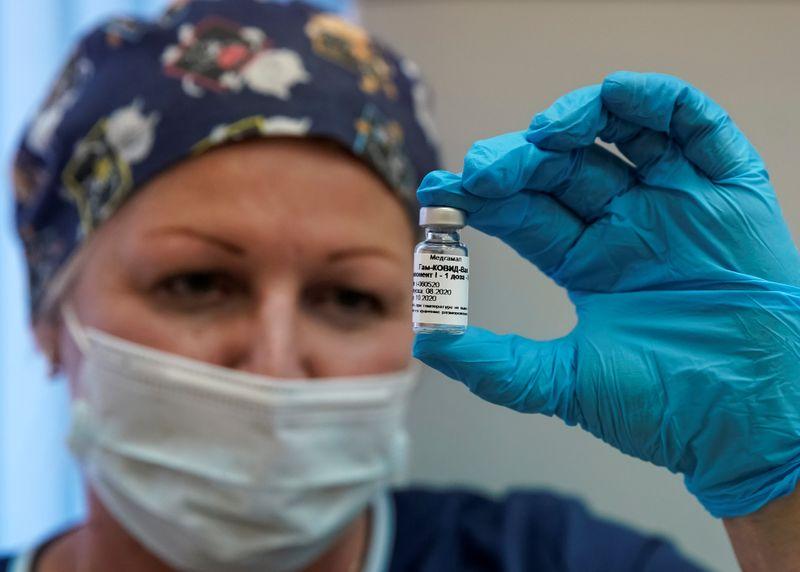 Indian trials of the Sputnik-V vaccine candidate, being developed by Russia's sovereign wealth fund, will enroll 1,000-2,000 participants and be conducted at multiple government and private hospitals across the country, Deepak Sapra, CEO for API and pharmaceutical services at Dr. Reddy's, told Reuters.

"We want to get to the first step - which is the commencement of the clinical trials by getting the necessary approvals from the Indian regulators - within the next few weeks," Sapra said.

The trials are part of a deal between the Russian Direct Investment Fund (RDIF) and Dr Reddy's, in which the Indian firm will conduct Phase III studies in India, pursue local regulatory approvals and, subject to approval, distribute the finished vaccine product in India. RDIF will supply 100 million doses to Dr Reddy's.

The RDIF has also reached agreements with Indian manufacturers to produce 300 million doses of the shot in India. Russia was the first country to grant regulatory approval for a novel coronavirus vaccine.

Sputnik-V doses supplied in India will likely be a combination of Indian- and Russian-made doses, Sapra said, adding that RDIF and Dr Reddy's would soon identify potential manufacturers in India.

The RDIF has said vaccine deliveries to India could begin in late 2020, but Sapra suggested it could take longer. "I think it's going to be several months before we accomplish all the steps in the process," he added.

India, which has a population of more than 1.3 billion, is the world's second worst affected country by COVID-19 behind the United States. For weeks, it has reported the world's highest daily jump in infections, which reached a total of 5.6 million on Tuesday.

(Reporting by Sachin Ravikumar in Bengaluru; Editing by Shounak Dasgupta)