Islamabad: India poses the "biggest threat" to Pakistan which has forced the country to make its defence
mechanism 'India-specific', a top Pakistan army official has said.

However, the long-standing issue of Kashmir is the cause of tensions between the two nations, he said. 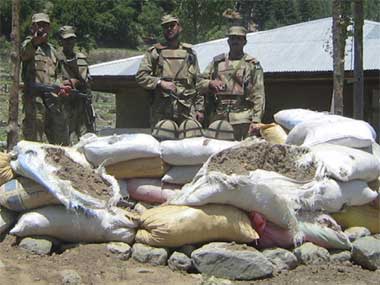 During an interview with Germany's international broadcaster Deutsche Welle, he said that the country's defence mechanism was 'India-specific'.

This is "due to the fact that India posed the biggest threat to Pakistan's security", he was quoted by Geo TV as saying.

He also accused the international community of not doing enough for Pakistan.

"I would say that the international community has not done enough for us," Bajwa, the Director-General of the Inter-Service Public Relations (ISPR), said.

Bajwa also criticised the recent American drone strike which killed former Taliban chief Mullah Akhtar Mansour in Pakistan. He said that it was unfortunate since Pakistan was not informed of the strike despite being an ally of the US and Mansour was part of the Afghan reconciliation process.

"Mansour entered into Pakistan from another state and then he was traced and attacked. He was a part of the reconciliation process and was required to play his role for peace," he said. "Pakistan was not informed despite being an ally. This is the issue Pakistan has been protesting," he added.

Pakistan has done a lot to combat terrorism but criticism from the West that the Pakistani army is not "doing enough" against militants is "both regretful and unjustified."