Indian-American fashion designer Anand Jon, facing a 59 years prison sentence in California for sexually abusing aspiring models, has pleaded guilty in a federal court here to molesting a woman whom he allegedly lured with promise of modelling work.

Jon admitted to one count of criminal sexual act in Manhattan Supreme Court on Thursday and was sentenced to five years under a plea deal reached with federal prosecutors.

The Kerala-born celebrity fashion designer was arrested in 2007 in California on charges he preyed upon seven young aspiring models, some as young as 14 and sexually assaulted them. He is currently serving 59 years to life in prison in California.

In a plea deal reached with federal prosecutors here, Jon pleaded guilty to one count of criminal sexual act against one aspiring female model. In turn, Manhattan prosecutors dropped almost their entire case against him. He had initially been charged with preying on a dozen women in a 49-count indictment in New York. 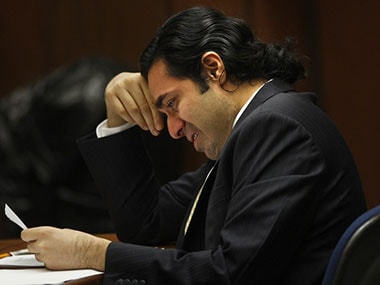 Assistant District Attorney Maxine Rosenthal told a judge that the deal was accepted “to spare the victims from having to testify at multiple proceedings” and in consideration of his lengthy sentence in California.

Ms Rosenthal said Jon is facing similar charges in Texas. The New York prison time of five years amounts to time served in California, which means no additional years will be added to his California sentence of 59 years to life.

Jon had launched a fashion line in 1999 and was featured on America’s Next Top Model working with celebrities such as socialite Paris Hilton. His designs have been worn by media mogul Oprah Winfrey and singer Janet Jackson.

Jon’s attorney said after the plea that he admitted to the crime so he could get evidence and materials from New York prosecutors needed to “effectively overturn his California conviction.”

“Considering the initial 49 charges included allegations of rape, drugging and mafia death threats, the settlement of one conviction involving Alexander giving oral sex to an adult female was acceptable,” they said in a statement.

They said some of the materials turned over by Manhattan prosecutors as part of the pre-trial process would be crucial as he continues work on his California appeal.