In trial of Trump adviser Stone, comedian says he did not take dog threat seriously

WASHINGTON (Reuters) - Comedian Randy Credico testified on Friday he did not believe that President Donald Trump's adviser Roger Stone truly intended to harm Credico's dog when he threatened to do so, which could undercut the government's witness-tampering case against Stone. 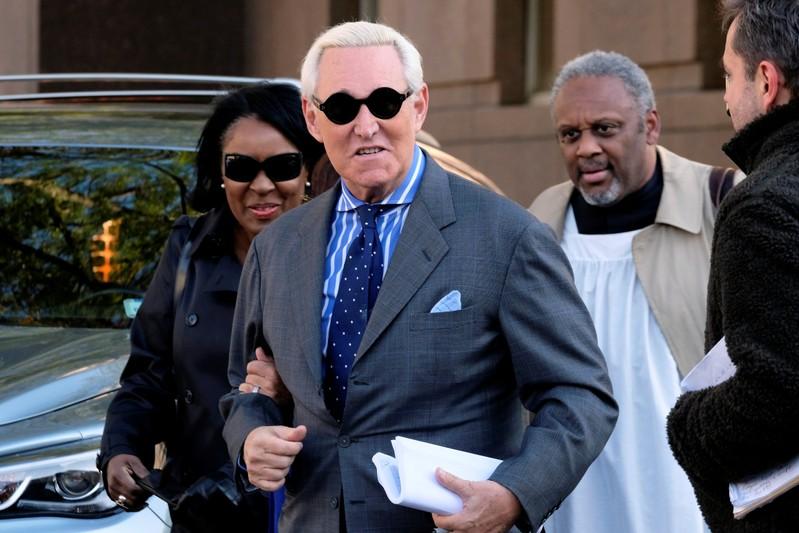 WASHINGTON (Reuters) - Comedian Randy Credico testified on Friday he did not believe that President Donald Trump's adviser Roger Stone truly intended to harm Credico's dog when he threatened to do so, which could undercut the government's witness-tampering case against Stone.

"I don’t think he was going to steal the dog," Credico said, during a cross-examination by Stone's defense attorney, Robert Buschel. "It was hyperbole by him."

Credico is a key witness in the government’s case against Stone, a long-time Republican operative who is charged with obstructing justice, witness tampering and lying to the House of Representatives intelligence committee in its investigation into Russia interference in the 2016 election.

The government accuses Stone of pressuring Credico to cover up Stone's lies and seeking to prevent him from cooperating with the government. He sent various intimidating texts and emails, including one in which he told Credico:

"You are a rat. A stoolie... My lawyers are dying to rip you to shreds. I am going to take that dog away from you."

Credico's statement that he did not view Stone's threat against the dog as sincere may undercut the government's claim of criminal intent, but the jury will also weigh many other comments and threats by Stone including one in which he said, "Prepare to die."

The prosecution alleges that Stone misled the House committee in September 2017 by claiming, among other things, that Credico was his intermediary to Wikileaks as Stone sought to learn when it planned to dump more damaging emails about Trump’s election rival Hillary Clinton.

Credico has testified he was never a backchannel for Stone, and that Stone falsely told the committee Credico was his secret source in July 2016.

In a departure from his light-hearted and joking style on Thursday, Credico was argumentative on the witness stand on Friday. In prickly back-and-forth exchanges, Buschel tried to poke holes in his testimony by suggesting Credico tricked Stone into believing he was an intermediary to Wikileaks, such as one text in which he claimed Wikileaks had "kryptonite" on Clinton.

Buschel also referred to Credico's comment on stage in 2018 that he was Stone's back channel - a remark that Credico said he made in jest as a sarcastic joke. That was said "with a wink and a nod," he said.